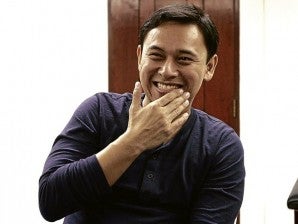 “Well sa akin, yung internal bleeding, mahirap  idahilan yun; kelangan ipakita din yun,”  Angara said on Wednesday when sought to react to reports  that Napoles has been bleeding and has asked for a longer stay at the Ospital ng Makati.

(Well for me, internal bleeding is difficult to use as an excuse, you really have to prove it.)

Angara issued these remarks apparently before doctors at the Ospital ng Makati held a press conference to explain the medical condition of Napoles. The doctors told media that Napoles was indeed suffering from internal bleeding even after almost a month of recovering from her operation at the hospital.

Angara used the opportunity to deny any involvement in the “pork barrel” scam, adding he planned to confront  Napoles or any whistle-blowers who had dragged him into the scandal.

Angara immediately released all his PDAF or “pork barrel” records after Napoles wrote a certain “Cong. Angara-APO” in her list of lawmakers and other personalities, who had allegedly transacted with her.