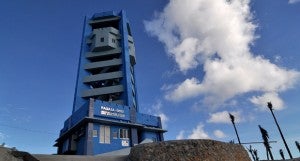 The Philippine Atmospheric, Geophysical and Astronomical Services Administration has lost three more very competent weather men who have left for greener pastures or fairer skies abroad, according to its employees’ union. INQUIRER FILE PHOTO/RICHARD A. REYES

The Philippine Atmospheric, Geophysical and Astronomical Services Administration (Pagasa) union said two of the three were weather forecasters and one was a communications engineer.

Ramon Agustin, president of the Philippine Weathermen Employees Association, said the three left for Qatar last Sunday. He identified them as forecasters Bernie de Leon and Ralph Ricahuerta and communications engineer Ralph Soquila. They were hired by the Qatar Bureau of Meteorology as airport forecasters and communications specialist, respectively, Agustin said in a statement.

The union leader said the three had actually planned to leave Pagasa last year but “they were prevailed upon to stay, hoping there would be improved economic benefits at the agency as promised.”

“Two other benefits, namely, the longevity pay and the subsistence allowance would be given only until June this year because the Department of Budget and Management has not yet released the funds for the next semester from July to December,” he said.

‘For love of job’

The longevity pay and subsistence allowance are mandated under the Magna Carta for government science and technology employees.

Agustin admitted that other Middle East countries had attempted to pirate seven forecasters from Pagasa last year, including the three who just left.

So far, the other four have opted to stay with Pagasa, “for love of the job and prayerfully hoping for improved economic compensation,” Agustin said.

Last year, Pagasa employees were promised their Magna Carta benefits would no longer be delayed as they would be sourced from the Mutual Personnel Benefit Fund in 2014, he said.

Agustin said the perennial delay in the payment of benefits could only be solved if the funds for the purpose were included in the annual national budget or General Appropriations Act.

He described the departure of the three weather men as “truly a big loss to Pagasa.”

Read Next
El Niño damage to crops: P503M
EDITORS' PICK
Editorial: Unusual haste
New Year, New Rediscoveries
Driving can be even more rewarding this New Year — here’s why
Tracing app pesters MRT commuters
Experience clearer calls nationwide with Smart VoLTE
Senate probe foils vaccine overpricing
MOST READ
Duterte to firms: No franchise until you settle your accounts with gov’t
7 copassengers of UK variant patient can’t be traced
Norway advises caution in use of Pfizer vaccine for the most frail
#DefendUP trends after DND scraps agreement with UP
Don't miss out on the latest news and information.