Learning to ‘act now, not tomorrow,’ at E-Camp 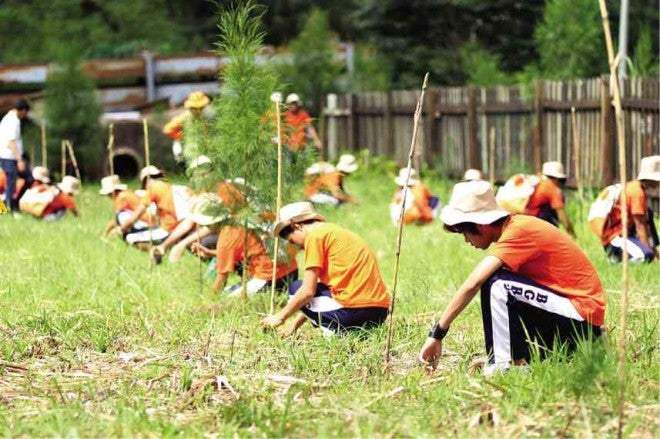 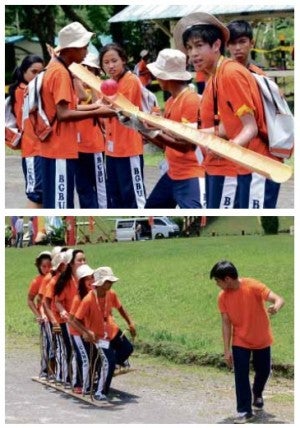 AMAZING RACE Happy campers put all their learnings to test in a 12-station race that required agility, problem-solving and team effort.

In an upland village straddling Albay and Sorsogon provinces, 66 students from different parts of the country were not sure if they were in Bacon, Sorsogon, or Manito, Albay.

But for the participants of the weeklong BacMan Energy Camp or E-Camp, what mattered was that they were on a summer adventure, with several of them being away from home for the first time.

The participants consisted of 21 EDC scholars, 25 children from BacMan (a combination of Bacon and Manito) communities and 20 children of EDC employees.

They were introduced to the wonders of the great outdoors by speaker Dr. Ted Esguerra.  “Doc Ted” is a known expedition physician and a member of the Philippine Coast Guard elite rescue team and the Philippine Mt. Everest team.

The happy campers spent most of the week learning survival lessons, map reading, rope knot techniques, rappelling, mountaineering, orienteering, first aid, self-defense and basic disaster response. They then put their newfound skills to the  test in the camp’s own Amazing Race.

But the activities were designed not just to help the kids survive the wilderness but also to give them something they would find useful as they resume their normal lives.

Parents were probably surprised to find that, after being away for a week, the kids returned with a greater sense of responsibility, an eagerness to help cook meals and a willingness to do their own laundry—things they did at camp.

Camp commander Eduardo Jimenez said he saw a different side to his daughter, Rosaliah, one of the campers.

“Would you believe that she … represented their group in the Ms E-Camp pageant? … I can’t imagine my daughter doing something like that,” said Jimenez, who has been part of the 20-member team that volunteered for the camp since its launch in 2004 in Leyte province.

Although as camp commander, he could not directly communicate with his  daughter, what he saw as he observed her  from a distance impressed him. 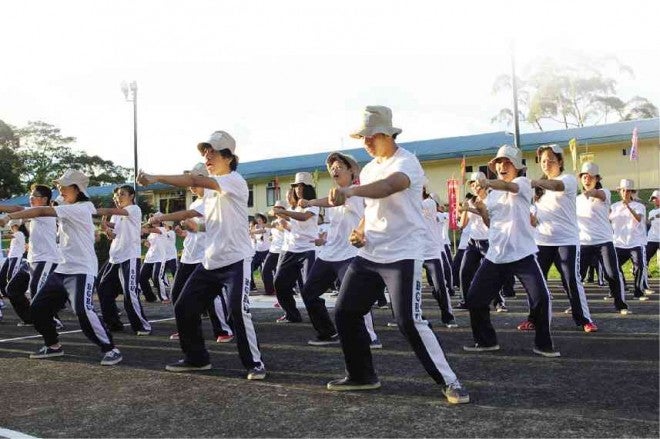 SELF-DEFENSE Teens at the BacMan Energy Camp get a daily dose of martial arts instead of the usual morning workout.

“When I saw her in some activities, I realized that my daughter was good at this. I think it was the same for the other parents,” he said.

The participants wore orange shirts, blue jogging pants and ranger hats. Jimenez said the uniform was one way of showing the children that they were being treated equally.

For one week, the kids were identified only by their groups, not by their schools. They also were “unplugged,” unable to  access their digital gadgets and connecting with peers only through face-to-face interactions.

Charlotte Dajac, a scholar from Manito, Albay, said that “before going to the camp, I worried if I would fit in.”

She heard there were rich kids among the campers while she was studying on a grant. But she found that her fears were unfounded when she got to know the others better.

Clariesse Evaristo found the camp a “life-changing” experience. It was “real” and far removed from what she would get from or google on the Internet.

“I think the best part of the camp is learning life skills because you don’t normally learn these things in school,” said Evaristo, whose father, Nestor, is an EDC safety manager.

Dajac said the most important lesson that  she learned was to “act now, not tomorrow” to protect the environment.

“Tomorrow is too late,” she said. “While our country is [undergoing] modernization, nature is being abused … We need to protect our environment because it [provides] all our needs.”

She said she believed in balancing technology and environment, which both contribute to economic improvement.

This year, Leyte suspended its camp as communities in the province were still recovering from the devastation of Supertyphoon “Yolanda.”

Concern for students who might find it difficult to scale Mt. Apo to reach the  base camp caused the suspension of the Mindanao activity.

E-Camp is the brainchild of former EDC president and chief executive officer Paul A. Aquino. He said the  activity built a “social fence” around EDC and nearby communities.

The project started after an attack on EDC’s Leyte plant in 2004. Aquino wondered why the community seemed unaffected by the incident.

Aquino said a survey showed that the state-run EDC was seen as the government and the people felt no connection to it.

He said they started the camp knowing that they had to go through the parents. “Once you get the parents, you get the community. So we had to think of something for the kids,” Aquino said.

The length of the Energy Camp and the topics covered have changed through the years. This year’s camp retained the outdoor activities but

fine dining and table etiquette and personality development. They learned livelihood skills such as making fans and trinkets from abaca, a major product of Albay.

Aquino, who has gone to most of the camps, said  some “alumni”  joined EDC later.

Aquino visited the campers on the eve of their graduation, which, he said, would spare him from the sight of crying teens for the first time in many years.