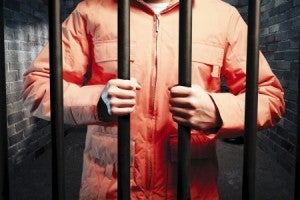 BRAZIL – Inmates in a prison in the northeastern Brazilian state of Sergipe took 122 hostages on Saturday – nearly all of them visiting inmate relatives, a prison official told AFP.

Prison spokeswoman Sandra Melo said that there were four prison guards among the hostages at the Advogado Jacinto Filho prison in the city of Aracaju, the Sergipe state capital.

“The riot is only in one wing of the prison,” said Melo, a spokesperson for Reviver, the private company that co-manages the prison along with the state of Sergipe.

According to Melo the reason for the unrest was unclear, though it may be related to inmate demands to be transferred.

She said that police had been called in, the situation had calmed down, and that negotiations for the release of the hostages would resume early Sunday.

“We don’t believe that the inmates will hurt their own relatives,” the head of military police in the state of Sergipe, Mauricio Iunes, told the G1 news website.

However he did consider the prison guards “hostages” because “they are being threatened inside there.”

In Brazil there are currently 548,000 people in prison – and a need for 207,000 spots to prevent prison overcrowding, according to Conectas, an NGO specializing in inmate rights.

The prison riot took place 26 days ahead of the World Cup amid a wave of protests in different Brazilian cities over the high cost of the June 12-July 13 tournament.

No World Cup games however will be played in Sergipe state.