‘Yolanda’ brings out beauty of Mararison 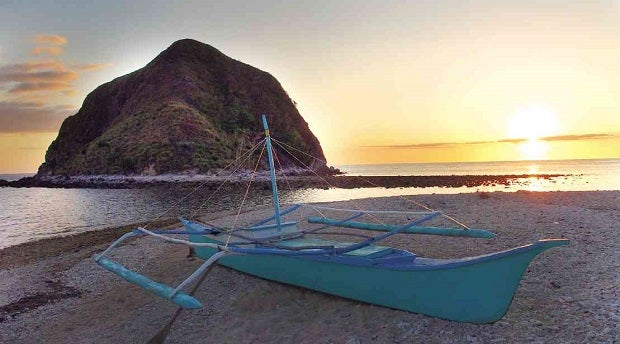 A GROWING number of travelers are flocking to Mararison Island in Culasi town, Antique province, after media reports on the devastation showed the island’s beauty. NESTOR P. BURGOS JR.

CULASI, Antique—Supertyphoon “Yolanda” may have brought devastation to many parts of the Visayas. But there is also a flip side.

An unknown island in Antique province  has become a tourist destination after the media reports on the destruction caused by Yolanda also showed the beauty of the island—pristine beaches and clear waters.

“We were among the worst affected by Yolanda so many media outlets came here to cover our place. Fortunately, their reports also showed how beautiful our island is,” said Narciso Santiago, information officer of the 54-hectare island-barangay of Mararison in Culasi town, Antique.

A family in Tanauan town, Leyte province, is now enjoying their  new house made of concrete to replace the shanty that was destroyed during the supertyphoon.

“Here, we are assured of safety  from any possible rise of water during a typhoon. Of course, we now live in a house that is far better than our old house and big enough for us,” said fisherman Leonardo Campo, a father of five children.

Culasi, 90 kilometers north of the capital town of San Jose, was among the northern Antique towns severely affected by the supertyphoon.

Two people died and 21 others were injured due to Yolanda in Culasi, according to a report of the municipal disaster risk reduction and management office.

The supertyphoon also destroyed 2,585 houses and damaged 5,105 others costing about P411 million. Crops, livestock and fishing boats amounting to P11.43 million were also destroyed or damaged.

Like the other island-villages, Mararison, a 20-minute boat ride from the mainland, also bore the brunt of strong winds and storm surges.

Except for mostly backpackers and mountain trekkers, many tourists were not familiar with Mararison Island, its white beaches, crystal clear waters and 100-meter, hook-shaped sandbar.

The tourists were not aware of its dive spots nor the panoramic view of Mt. Madias-as mountain ranges on the mainland of Culasi.

But in the past several months, both foreign and local tourists have been flocking to this island to enjoy its white, pristine beaches, diving spots and clear waters.

Santiago said the number of tourists on the island this year had been the biggest ever despite the devastation left by last year’s supertyphoon.

The surge in tourists has helped residents still reeling from the devastation, six months after the supertyphoon ravaged the island on

Residents earn from tourists who hire boats, buy fish and other seafood, rent tents and avail of homestay accommodations.

The villagers welcome the continued increase in tourists as they struggle to rebuild their houses and lives.

54-hectare island with about 700 residents.

Among the buildings that still need to be repaired are the village chapel and the public elementary school.

Orlita Doroteo hoped she could finally build a kitchen for her house.

It was only last month when she was able to rebuild her house from the bamboo posts that were the only parts that remained.  Her house along the coastline was among those washed out by the storm surges.

Doroteo, 55, said she used the 10 pieces of galvanized iron sheets and 30 bamboo poles donated by private organizations to build a new house.

She also bought pieces of coconut lumber using the P1,500 from nongovernment organizations.

These donations weren’t enough, though.  Her family had to spend almost P20,000 to complete the two-room house. “We are waiting for the P30,000 shelter assistance promised by the government for those whose houses were destroyed,” she told the Inquirer.

But with or without the promised government assistance, she was hopeful that her house would be completed and her debts paid.

In Leyte, the supertyphoon also brought unexpected benefits to some of the survivors in Tanauan town.

When the storm surge hit the village of San Roque, hundreds of houses mostly made of light materials were washed out including that of Campo.

“We have lost everything. What we have then were the clothes in our back, nothing else,” the 52-year-old fisherman said.

But six months after the world’s worst typhoon to make a landfall hit Tanauan (population: 53,000), Campo now lives in a new concrete house, which he shares with his wife Maria and five children.

Campo, together with 20 other families, received their permanent houses in Barangay Pago, more than a kilometer from the town proper, from the  local government of Tanauan and Gawad Kalinga.

They transferred from their old houses, which they have  repaired using old materials while waiting for the completion of their permanent shelter. The 20 families moved in to their new houses last month.

A total of 380 families are to be settled in Pago, one of the three relocation sites in Tanauan where 1,200 families lost their houses. The other sites are in Barangays Maribe and Sacme.

For Mayor Pelagio Tecson Jr., relocating the families to their permanent shelter is “very significant” for their rehabilitation and recovery.

Among the areas hardest hit by the supertyphoon, Tanauan was the only town where not a single bunkhouse was constructed.

“It is their (people) choice. They told me, ‘Mayor, we’ll just wait for the permanent house and stay with our relatives,’” Tecson said.

The villagers prefer to stay with their relatives, rather than be uprooted to stay in a bunkhouse and transfer again to their permanent house.

This was also practical because it avoided the cost of constructing bunkhouses that run into millions of pesos, according to the mayor.

Tecson said providing shelter kits (plywood and galvanized iron sheets) to those who lost their houses was part of putting shattered communities and lives in order.

This is also a sign that they are now on the road to recovery.

Read Next
In Ecija town, Edsa does not mean traffic jam
EDITORS' PICK
PH to import 60,000 tons of fish to cover shortage
Gear up and get ready to play with Yamaha Mio Gear
Over 3 Million worth of prizes to be won at Smart Padala’s SENDali Manalo Promo!
Acer starts the year off strong with the Aspire Vero National Geographic Edition
#VotePH2022: COVID, power woes loom as poll concerns
Workers are exempted from ‘no vax, no ride’ policy – DOLE chief
MOST READ
Guevarra to Acosta: Obey rules on unvaccinated
Emma Stone calls Andrew Garfield a ‘jerk’ after he ‘lied’ about his ‘Spider-Man: No Way Home’ appearance
Cold-case investigation names surprise suspect in Anne Frank’s betrayal
Czech anti-vax singer dies after deliberate infection
Don't miss out on the latest news and information.