Fifth of a series 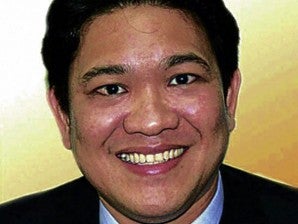 MANILA, Philippines—Cabinet secretaries in the Arroyo administration and officials of state-owned corporations—some of them

still holding the same positions to this day—received a total of P820 million in commissions in schemes to siphon congressional pork barrel funds to ghost projects engineered by Janet Lim-Napoles, computer records of her former finance officer show.

Luy’s files were made available to the Inquirer by Luy’s parents and siblings, accompanied by lawyer Levito Baligod, who handed over on April 27, 2013, a copy of the HDD during a visit to its newsroom to ask for help in exposing Napoles’ alleged plunder of state funds.

These officials were supposed to implement projects funded by the congressional Priority Development Assistance Fund (PDAF) aimed at improving the plight of farmers and workers mainly in the rural areas.

Former Budget Secretary Rolando Andaya allegedly received at least P255 million as commission for various projects that were supposed to be implemented by the Department of Agrarian Reform (DAR) from 2006 to 2010, the Benhur accounting records show. The commission of Andaya, now a Camarines Sur representative, reached as high as 70 percent for one DAR project.

On July 16, 2007, an entry of for P28-million commission appeared with the note “Andaya—cash charge to RAD project.” RAD stands for the Department of Agrarian Reform spelled backwards.

Some of the commission Andaya received, the records show, were given to him through a Metrobank check.

The records also show that Zenaida Ducut of the Energy Regulatory Commission earned commissions through implementing agencies such as the Department of Transportation and Communications (DOTC), the Technology Resource Center (TRC), and the Department of Agriculture (DA).

Teresita Panlilio, the current officer in charge of the Presidential Agrarian Reform Council Secretariat and former DAR director of finance and management administration, purportedly received at least a total of P200 million in kickbacks.

Nasser Pangandaman, DAR secretary from 2005-2009, received at least P94.1 million through a conduit, Rene Maglanque, according to Luy.

A “Rene Maglanque cash for Nasser Pangandaman” and “SEC c/o Rene Maglanque full payment of commission charge to RAD project” were how the supposed kickbacks were described in the records.

Lydia Malvar, according to the DOTC website, is assigned as its comptroller. Luy’s records show a total of P10.6 million under her name described as “DOTC/Malvar SOP.” Malvar is still comptroller today.

Antonio Ortiz, TRC director general from 2007 to 2009, received at least P7.3 million in commissions, according to various entries in Luy’s records.

Dennis Cunanan, the current TRC head who was Ortiz’s deputy from 2004 to 2010, received at least P1.32 million in commissions, including the P960,000 declared by Luy in the recent Senate blue ribbon committee hearing on the pork barrel scam. The amount was indicated as entry “TRC c/o Dir Cunanan – SOP-charge to RBR 40 m 2nd batch PDAF 2008 project.”

Manuel “Boy” Jarmin, the current DA executive director for the Livestock Development Council, was also listed as a Napoles employee in the Luy files with at least P1.6 million in commissions. He is mentioned in an entry as “Manuel Jarmin – cash advance charge to RAD project.”

Maglanque in the records of Luy also served as conduit of commissions for Pangandaman and Nieto for DAR projects.

Belinda Gonzales, former DA undersecretary for administration and finance who was implicated in an earlier fertilizer scam, received P2.6 million in commissions. 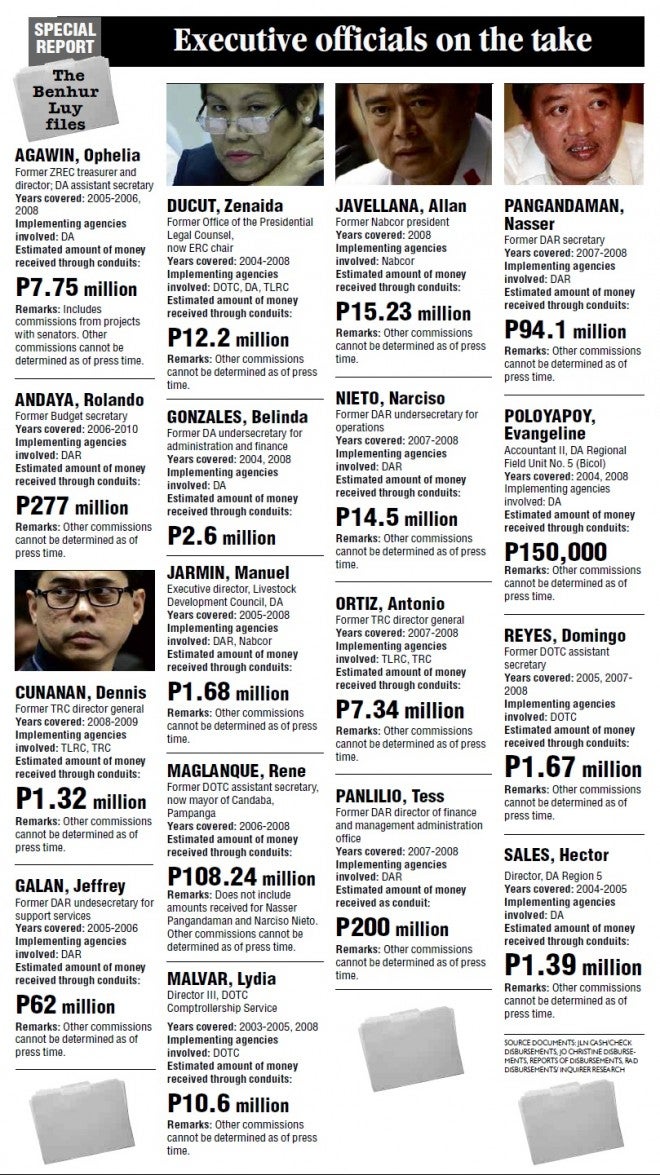