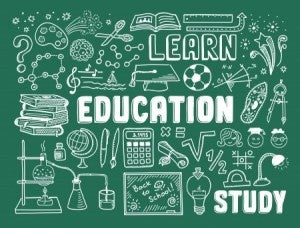 COTABATO CITY, Philippines — Governor Mujiv Hataman of the Autonomous Region in Muslim Mindanao urged Filipino Muslims on Thursday to aspire for higher education to prepare themselves to better handle the affairs of the Bangsamoro regional autonomous setup that is to take the place of the present system

Hataman said in a statement the Moro people would be at the helm of the envisioned new political entity, and leadership would be one of the challenges facing them.

“We must work to gain knowledge and the appropriate skills to effectively govern,” said the governor, who is about to wrap up his study tour in the United States on Friday.

Hataman, who leads a predominantly Muslim community of nearly four million people, is this year’s recipient of the Eisenhower Fellowships’  Multi-Nation Program, a one-and-a-half-month leadership program that brings together 25 accomplished professionals from around the world, said ARMM information chief Amir Mawallil.

He said each participant has to visit 8 to 10 cities, having 50 to 60 individual appointments.

According to Mawallil, while on fellowship, the ARMM governor had to meet with elected public officials and learn from them about matters concerning good governance, internal security, climate change adaptation, conflict resolution, poverty reduction, and how to attract foreign investments.

A former party-list representative, Hataman has been repeatedly praised by President Benigno Aquino for his performance as ARMM chief executive since his appointment as caretaker in 2012.

With peace in Bangsamoro, Moro refugees in Manila look forward to going home

Modernity and the Bangsamoro