Solon: Lawmakers not to be blamed for ‘pork’ scam | Inquirer News

Solon: Lawmakers not to be blamed for ‘pork’ scam 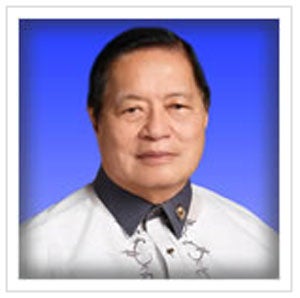 MANILA, Philippines – A lawmaker on Thursday defended his fellow congressmen over their alleged misuse of pork barrel funds.

Northern Samar Representative Emil Ong said his fellow lawmakers should not be blamed for ghost projects that benefitted in the scam allegedly orchestrated by Janet Lim-Napoles because solons were not primarily concerned with ensuring that the projects were finished.

“The executive, from the president to Cabinet and undersecretaries and regional directors, are the ones executing the projects. Not the Congressman, not the Senator,” Ong said in Filipino during Thursday’s “Usaping Media” news forum.

“They should be blaming those that paid for the ghost projects. Why did they pay millions or billions without checking if the projects were finished?” he added.

Ong said that it is the executive department which should ensure that funds for projects were not siphoned to bogus projects. Lawmakers, meanwhile, were more focused on crafting laws, Ong added.

“They should not have paid Napoles without inspecting if the projects were finished or not. And now, they blame the congressman?” he said.

“I cannot understand, should the congressman be the one inspecting?” Ong added.

He noted though that he is not trying to “protect anybody.”

The pork barrel scam is an elaborate scheme of diverting the Priority Development Assistance Funds (PDAF) to the bogus Napoles non-government organizations. But instead of reaching their intended true beneficiaries, the funds were spent on ghost projects for kickbacks.

The PDAF was declared unconstitutional by the Supreme Court at the height of public outcry over the scam.