MANILA, Philippines — The Senate has subpoenaed the digital files of whistle-blower Benhur Luy allegedly containing the names of lawmakers and other personalities, who supposedly transacted with suspected “pork barrel” scam mastermind Janet Lim-Napoles.

Luy was Napoles’ financial officer before he turned against her and exposed the scam.

Drilon said the subpoena was addressed to Luy.

A copy of the subpoena later released to the media ordered Luy to submit the “soft copy of your digital records relating or relevant to the PDAF scam” on or before Wednesday, May 21, 2014 to the blue ribbon committee. 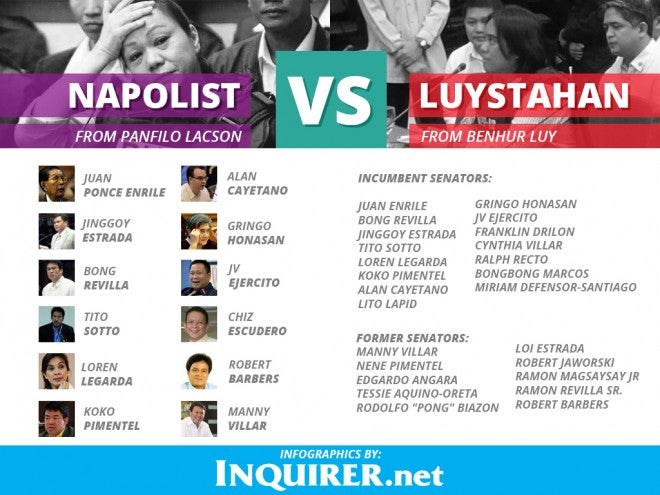 “This (subpoena) was recommended to me. I signed it,” said Drilon, whose name was also mentioned in Luy’s records.

The committee being headed by Senator Teofisto Guingona III had earlier issued a subpoena to Justice Secretary Leila de Lima directing her to submit to the body until this Thursday the signed affidavit of Napoles.

Drilon said that under the law, any person, who “deliberately and without reason” refuses to follow a subpoena, may be cited for contempt.

“I want to emphasize that since contempt is a punitive action in order to enforce the powers of the Senate, you ask for an explanation why one should not be cited for contempt. In other words, there’s due process involved,” he pointed out.