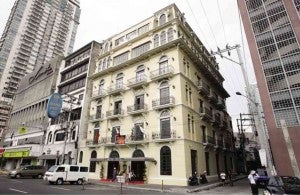 SAVED from Liberation bombs and postwar wrecking crews, the six-story structure on T. M. Kalaw is again testing its business potentials but its prestige as a historic gem is already written in stone. PHOTO BY NIÑO JESUS ORBETA

Luneta Hotel, a beacon of elegance in prewar Manila, is set to reopen its doors and offer glimpses of the city’s stately past.

After years of neglect, the hotel was relaunched Friday with the installation of a historical marker by the National Historical Commission of the Philippines. Bookings are now open, though the grand opening is set on June 24 as one of the highlights of Araw ng Maynila.

“When I stepped into this building, it was like stepping into Paris,”  said Archbishop Bernardito Auza, apostolic nuncio to Haiti, during the blessing rites and unveiling of the marker. 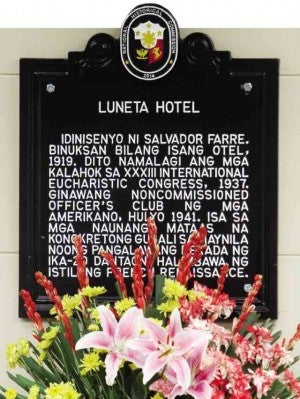 “(The reopening) ushers in a new age. It signifies that the Filipinos are finally investing in history, in restoring it. This could have been another tragic story of a beautiful hotel torn down,” said Carlos Celdran, an activist and tour guide who for years had been striving to revive interest in historical and cultural sites in Manila.

In its heyday, the hotel drew patrons from society’s elite and the diplomatic corps. The marker recalled that it was the lodging of choice for participants in the 23rd International Eucharistic Congress in 1937. The American military later made it the home of its noncommissioned officers’ club in 1941.

It was one of the few structures that survived the bombing of Manila at the climax of World War II. Its ownership had since changed hands several times, but the latter decades saw its steady deterioration.

Luneta Hotel used to tower over homes and warehouses in the Ermita area, but now—with 27 rooms—it is dwarfed by more modern buildings stretching all the way to Roxas Boulevard. But for those aware of its history and past grandeur, size doesn’t matter at all. 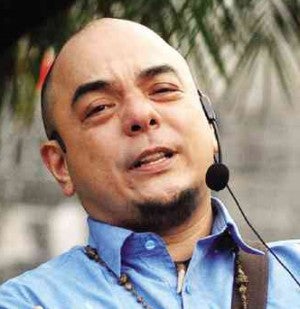 CELDRAN: This could have been another tragic story.

An article written by Geronimo Cristobal and posted on the website of the Heritage Conservation Society cited impressions coming from one of the satisfied guests, then US President Dwight Eisenhower: “To this day (Luneta Hotel) lives in memory as one of the most pleasant, indeed even one of the more romantic spots I have known in this entire world.”

“From the hotel, looking across the peaceful waters of Manila Bay, I could see the gorgeous sunsets over Miravales. Walking toward the Club of the Army and the Navy, and looking down toward the city itself, I nearly always paused for a moment before the statue of the great Jose Rizal before returning to my quarters,” Eisenhower was quoted as saying.

Now run by the Lacson family of Malabon City, and with the help of the NHCP, the hotel underwent retrofitting and reconstruction starting in 2008.

The results were celebrated and formally presented Friday to the host city and to a new generation of prospective patrons.

In gratitude to those behind Luneta Hotel’s preservation and revival, Archbishop Auza noted: “It is easier to tear it down, demolish it and build a new one. It is cheaper even. Whereas to restore a historic building is more difficult and challenging and yet it is more satisfying and enriching to our spirit as a nation and to our history as a people.”