US man killed wife and kids, then self | Inquirer News
Close
menu
search

US man killed wife and kids, then self 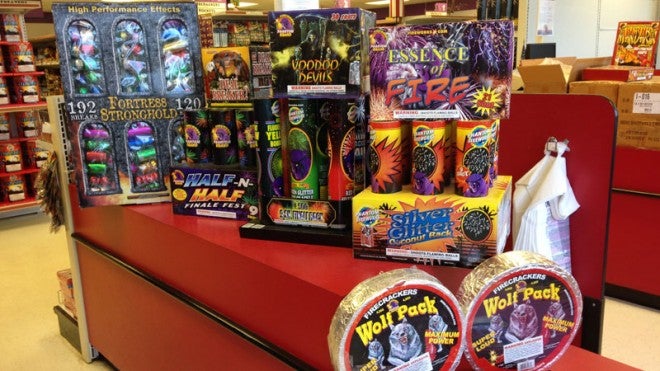 This Thursday, May 8, 2014 photo shows the types of fireworks purchased Sunday, May 4, 2014 by Darrin Campbell, according to the Phantom Fireworks store in Tampa, Fla. Campbell and his family were found dead inside a burned-down million-dollar home owned by former tennis professional James Blake in Florida, days after the fireworks were purchased. Authorities have called the fire arson, but have not said what role, if any, the fireworks played in the blaze. (AP Photo/Tamara Lush)

TAMPA, Florida  — Deputies say a Florida man shot his wife and two teenage children at the upscale home they rented, then set the house ablaze before killing himself.

Hillsborough County Sheriff’s Col. Donna Lusczynski said at a news conference Friday that Darrin Campbell had purchased fireworks, gas cans and gasoline in the days before the family was killed.

Campbell shot his wife, Kimberly, and two children each in the head. Lusczynski says Campbell then scattered the fireworks and gas around the house before setting it ablaze.

Lusczynski says investigators are still working to determine a motive.