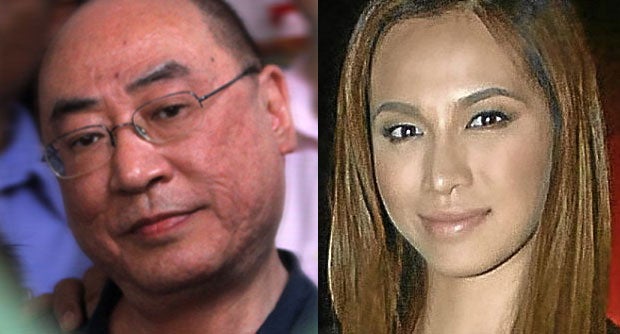 The Senate has summoned the two children of businessman Delfin Lee to the next hearing of its investigation into the P6.6-billion housing loan scam allegedly perpetrated by Lee’s Globe Asiatique (GA) property development company in Pampanga.

This was disclosed by Lee’s lawyer Rony Garay who said that more than the businessman’s children, Dexter and Divine, it should be Lee who should be allowed to appear before the Senate hearing to air his side on the GA controversy since he was the company’s president.

“We are disappointed that Lee has not yet been issued a subpoena less than a week before the next hearing set on May 15. Lee will tell all and will not invoke his constitutional right against self-incrimination in the Senate hearing,” said Garay.

Why not Lee himself?

Garay explained that Lee has been asking the Senate leadership for a subpoena since the Senate committee on urban planning, housing and resettlement’s initial hearing on the GA scam last March because this was required by the courts to facilitate his travel from San Fernando, Pampanga, to the Senate session hall in Pasay City.

He said his client wanted to personally refute allegations by the Pag-Ibig, or Home Mutual Development Fund, that Lee had used ghost borrowers to access state funds to bankroll his Xevera township projects in Bacolor and Mabalacat, Pampanga from 2007 to 2009.

“Our more immediate concern is to present an honest, fair, truthful and factual narration or account of the events that eventually led to our persecution, illegal arrest and unlawful detention,” said Lee, who has been detained at the Pampanga provincial jail since being caught last March after going on the lam for two years to evade an arrest warrant for syndicated estafa filed against him by Pag-Ibig.

Sen. JV Ejercito, the committee chair, said the committee was waiting for action from the office of Senate President Franklin Drilon who is the only one authorized to issue a subpoena for Lee.

But Drilon said there was no Lee subpoena for his signature when he left for Iloilo after the Senate’s session last Wednesday. “I will sign the subpoena once it is presented for my approval,” he said.

Lee’s camp has expressed fears that the Senate hearing has become a “political witch-hunt” because it was not interested in getting the developer’s side.

Ejercito is a political ally of Vice President Jejomar Binay whose first act after taking over as Pag-Ibig chair in July 2010 was to cut the credit lines of GA and file charges against Delfin Lee.

Ejercito on Friday said there may be a delay in the hearing this week if he and his counterpart in the Senate blue ribbon committee agree to hold joint hearings.

Delfin Lee: Blame Pag-Ibig, not me