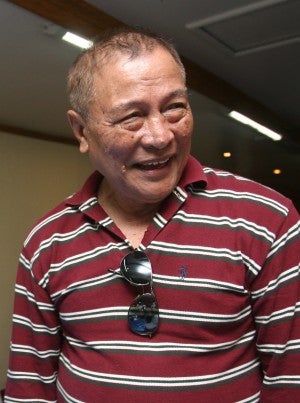 MANILA, Philippines—M/Sgt. Pablo Martinez once offered leads that could point to the brains behind the unsolved murders of opposition leader Benigno S. Aquino and his supposed assassin Rolando Galman.

Track down Col. Romeo Ochoco and Capt. Felipe Valerio, Martinez suggested, and maybe the two could help unlock the mystery of Aquino’s murder on his return from three years of self-exile in the United States on Aug. 21, 1983, that sparked outrage against the regime of Ferdinand Marcos who was ousted three years later in the Edsa People Power Revolution.

A single bullet fired to the back of the head killed Aquino at the Manila International Airport tarmac after the opposition leader stepped off a China Airlines plane that brought him home; Galman was gunned down moments later by Aquino’s military escorts.

Martinez said Ochoco, deputy chief of the Aviation Security Command (Avsecom), had ordered him to bring Galman, a tricycle driver and a military asset, to the airport on the fateful day Aquino was killed. Valerio was the leader of the Avsecom team tasked to secure Aquino.

Both Ochoco and Valerio disappeared three years later, after Marcos’ ouster, when a retrial of the double murder was ordered. Martinez was among 16 soldiers convicted in 1990 and sentenced to double life imprisonment in the killings of Aquino and Galman.

“Valerio is among those who might be able to shed light, but to me, it’s Ochoco whom the government should ask because he was the one who ordered me to bring Galman to the airport,” Martinez said after he was granted parole because of old age and good conduct in 2007.

He feared for his life

On Monday morning, Martinez, a born-again Christian and a pastor, was hit by a Mitsubishi Montero as he was cycling, a sport he had taken to after his release from 18 years at New Bilibid Prison (NBP), along Roxas Boulevard. He succumbed to fractures in his ribs at San Juan de Dios Hospital at dawn the following day, his son Diomedes reported. He was 77.

Persida Acosta, chief of the Public Attorney’s Office, on Thursday said Martinez had always feared for his life since his release from prison. She said he reiterated his apprehension when she last spoke to him in 2010.

“He could have been hit by a car accidentally or intentionally. We don’t know yet,” Acosta told the Inquirer. “I think it’s important for us to wait for the result of the autopsy on him.”

The clock on the wrist watch of Martinez stopped at 8:10 a.m. That was how Diomedes, 46, knew the exact time of the road accident, when the black Mitsubishi Montero sideswiped Martinez on a mountain bike and then ran over him.

In the police report, Senior Supt. Ariel Andrade, the Parañaque police chief, said Martinez was struck by the sport utility vehicle driven by Henry Roque, 29. Identified as an employee of Philippine Airlines, Roque surrendered to the Parañaque police immediately after the incident.

Andrade said that while Martinez was at the hospital, Roque and the children of Diomedes settled the case amicably, with Roque shouldering all the hospital expenses. While the family of Martinez agreed not to file any case in court, Diomedes, the fourth of Martinez’s five children, suspected foul play.

“Vendors in the area saw what happened. They saw my father thrown off his bike and roll onto the road (nagpagulong-gulong),” said Diomedes, a staff sergeant in the Armed Forces of the Philippines.

No means to file a case

The eyewitnesses, he said, recounted that the vehicle did not stop and instead ran over him, causing the fatal injuries. “An innocent driver would stop at once as soon as he learned he hit someone. But clearly, he did not,” Diomedes said.

Andrade, however, said police investigators handling the case believed the Monday incident was “purely an accident.”

“The driver was willing to help them in the hospital expenses. But the family of the victim can still file a case directly in the court,” the officer said.

According to Acosta, Martinez had often told her that he was anxious about his safety, noting that one of the senior officials implicated in the Aquino-Galman double murder was still at large.

She said she had worked for the extradition of Valerio from the United States after the Sandiganbayan issued an order for his arrest, but then Justice Secretary Raul Gonzales did not act on her request.

“He said he was afraid. But he was just fighting his fear,” Acosta said. “Actually, all the Aquino-Galman convicts were afraid for their lives. They have not contacted me since they were released from prison in 2010,” she said. “They went on their separate ways and sought refuge on their own.”

Even after he was released from NBP, Martinez maintained that he was part of the group that planned and carried out Aquino’s assassination, Acosta said.

After he got out of prison, Martinez found work at Air Materiel Wing Savings and Loan Association Inc. where he was in charge of security management. Most of his mornings were spent biking along Roxas Boulevard. “He was athletic despite his age,” Diomedes said.

He said his father had just done his bike routine and was heading home to Pasay City when he was struck down.

Martinez left behind his children and second wife whom he married while serving his sentence. His first wife passed away in 1997. “He still wanted to work because he got bored whenever he had nothing to do. His work was his pastime,” Diomedes said.