MANILA, Philippines—“Please do not pressure [me]…Trust me that I am not going to sanitize the list.” 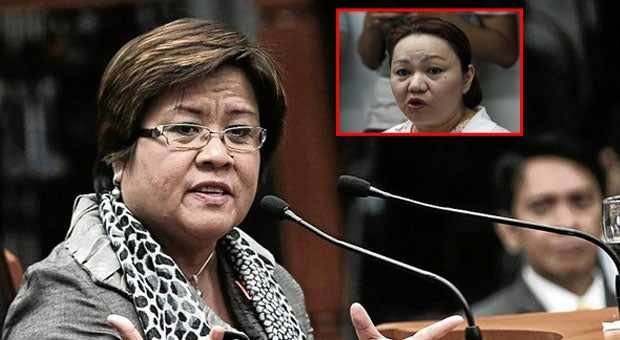 That was Justice Secretary Leila De Lima appeal Tuesday in the face of mounting calls for her to release Janet Lim Napoles’ list of lawmakers who benefitted from the misuse of their priority development assistance fund (PDAF) or more commonly known as pork barrel scam.

“I’ve said it before and I’m saying it again, please don’t pressure me [to release the list of PDAF beneficiaries that Napoles gave her),” De Lima told reporters Tuesday.

Last month, De Lima met with Napoles for over five hours. After her meeting, she said Napoles executed an affidavit identifying other lawmakers involved in the scam.

Calls for De Lima to reveal the list mounted as former Senator Panfilo Lacson and jueteng whistleblower Sandra Cam both claimed they also have Napoles’ list.

Cam said on her list are 82 congressmen and 16 senators including Juan Ponce-Enrile, Jose “Jinggoy” Estrada and Ramon “Bong” Revilla Jr.

Cam said three other senators have “graduated,” meaning their term has ended while the other 10 senators are incumbent.

Members of the opposition are worried that the list could be used by the government in attacking political rivals.

“You just have to trust me that I am not going to sanitize the list. Pangako ko yan sa taong bayan na hindi ko gagawin yan…I will do my mandate in a very responsible and prudent manner,” De Lima said.

Currently, De Lima said the National Bureau of Investigation is already validating the list of Napoles.

“We are already looking at the names given by Mrs. Napoles,” she said.

De Lima said she wants to be sure that there are basis on why a name was included in the list and if there is basis to file a case against her.