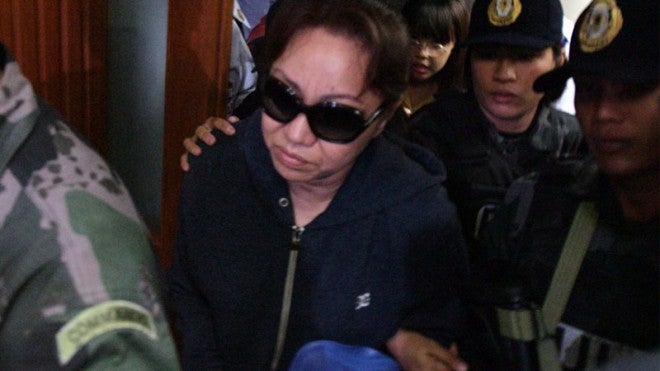 Levito Baligod, counsel of whistle-blowers in the alleged P10-billion pork barrel scam, is worried that taking in businesswoman Janet Lim-Napoles as state witness will do more harm than good in the government’s plunder case against Senators Juan Ponce Enrile, Jinggoy Estrada and Ramon Revilla Jr.

“Only one person will benefit from taking Napoles as state witness and that is Napoles herself because she will be gifted with a ‘get out of jail’ card for free,” Baligod said in a telephone interview on Tuesday. “We must not forget that she has been a con artist even before this pork barrel scam.”

Baligod pointed out that the Office of the Ombudsman had found probable cause to file plunder charges against the senators even without the cooperation of Napoles.

In the hearing last Nov. 7 in the Senate, Napoles denied involvement in dubious foundations that allegedly siphoned off congressional allocations in the Priority Development Assistance Fund (PDAF) into ghost projects and kickbacks.

“The defense can use her Senate testimony to destroy her credibility as a witness. That was her chance to come clean on the scam, and she blew it,” said Baligod.

“I’m 100-percent supportive of her telling all, but she should do that first without conditions,” he said. “If there’s any leniency that should be granted by the government, she should return the money and be penalized. Otherwise it will send the wrong message.”

Sen. Aquilino Pimentel III said in a text message: “How could the person who put up the infrastructure for the PDAF scam be qualified as state witness? Isn’t the architect of the whole scheme the most guilty, hence disqualified from being state witness? She could be muddling the whole picture out of desperation … Since she’s facing the prospect of life in prison, so why not bring as many down with her just to muddle the whole issue. We should be careful.”

Sen. Miriam Defensor-Santiago was upbeat. “I expect that she will name more than the three senators that have already been named by the Ombudsman and the blue ribbon committee,” she said in an interview by phone. “This prospect is going to make senators quake in their shoes. She knows more, that’s why the number of senators implicated in the scam is going to increase.”

Estrada was unfazed. “I am concerned if the DOJ or the NBI would force her to mention our names. That’s my concern. But if Secretary (Leila) de Lima will not influence Mrs. Napoles, we do not have anything to worry about,” he told reporters.

Revilla’s counsel, Joel Bodegon, said that if Napoles would implicate Revilla, contrary to her claims she had no transactions with him, that meant “she was forced to do so at the sacrifice of truth.”

Representatives Giorgidi Aggabao of Isabela and Elpidio Barzaga of Cavite said the government needed Napoles to nail down the lawmakers involved.

“The case against Napoles is ironclad. I think the outcome of the cases against her is fixed and certain. But the same cannot be said about the cases against the members of Congress. Although quite strong, the cases are still porous,” said Aggabao, the deputy House speaker.

“Napoles’ testimony is very crucial. Her full disclosure will be the final nail in the coffin of the pork barrel issue,” said Barzaga.

No commitment from DOJ to make Napoles state witness