Irrigation supply to farms to be stopped 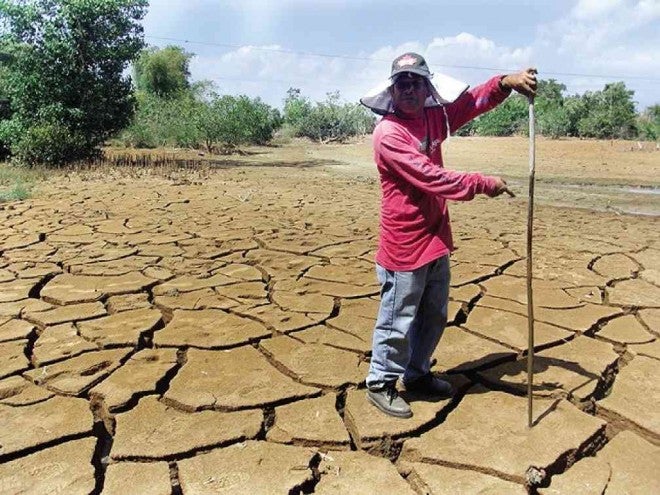 CITY OF MALOLOS—Some 5,000 hectares of rice farms in Bulacan and Pampanga provinces will not be supplied with irrigation water this week with the continued decline of the water level in Angat Dam.

Precioso Punzalan, assistant operations engineer of the National Irrigation Administration (NIA) in Bustos Dam, said his office had urged the National Water Resources Board (NWRB) against cutting off irrigation completely on April 24.

Bustos is one of the lower elevation dams receiving Angat’s water discharges. Bustos Dam supplies the irrigation needs of 26,791 ha of farmland in 17 towns in Bulacan and four towns in Pampanga.

Households and establishments in Metro Manila get their water supply from Angat Dam.

Punzalan said zero irrigation would affect 5,000 ha of farmland. Rice fields in the Bulacan towns of Bulakan, Bocaue, Hagonoy, Paombong, Calumpit and Pulilan, and farms on the outskirts of San Luis in Pampanga will suffer from the abrupt cut in irrigation supply, he said.

Punzalan said the NWRB would decide on Wednesday if it would grant their request not to cut off their irrigation water supply.

He said some duck raisers in Baliwag and Pulilan towns in Bulacan and in San Luis and Apalit towns in Pampanga were tapping the NIA’s irrigation canals to redirect water flow to their ponds, depriving farmlands of water supply.

In Isabela province, the water level at the Magat Dam reservoir in Ramon town also dropped to 167.04 masl on Monday, prompting its administrators to discontinue the supply of irrigation water to nearby farms, said Saturnino Tenedor, chief of the Magat instrumentation and flood forecasting section.

Rice farmers are almost through with the season’s harvest, and irrigation would resume in June for the next planting, said Mariano Dancel, operations manager of Magat River Integrated Irrigation System, which is overseen by the NIA. Carmela Reyes-Estrope, Inquirer Central Luzon, and Villamor Visaya Jr., Inquirer Northern Luzon