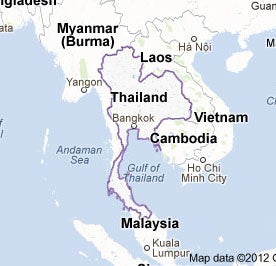 HAT YAI, Thailand—Police say a suspected insurgent and his six-year-old son have been shot dead in Thailand’s violence-plagued south.

Police Colonel Chartchai Chanasit said Friday the man and his son were attacked at a rubber plantation in Yala province.

More than 5,000 people have been killed in Thailand’s three southernmost provinces since an Islamic insurgency erupted in 2004.

Police investigating the latest attack say 31-year-old Muktar Ali-mama was a member of an insurgent group and the subject of several arrest warrants, including for murder.

He says villagers found out about the shooting on Thursday evening after the pair had gone to work on the plantation.