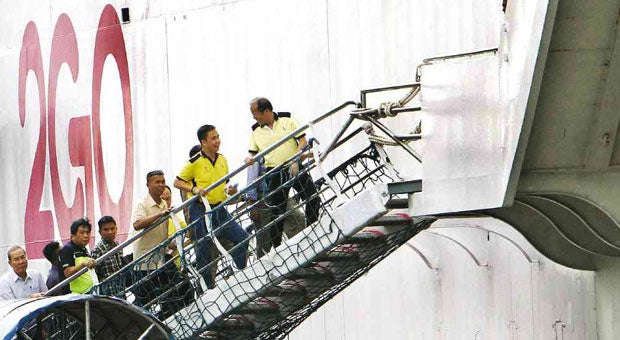 With just two years to go before its term ends, the Aquino administration plans to spend more on infrastructure and introduce other reforms to try to make economic growth inclusive and lift millions out of poverty.

Among the new targets is the lowering of the poverty incidence from 25.2 percent of the population in 2012 to 16.6 percent by 2016, economic officials said.

“It does not mean that we can do nothing but wait until the benefits of economic expansion ‘trickle down’ to the poor,” Socioeconomic Planning Secretary Arsenio Balisacan said Monday in an introduction to the revised plan.

Despite economic growth of more than 7 percent in recent years, among the highest rates in Asia, unemployment has remained high while the rate of poverty has barely fallen.

“Simply stated, the gains have yet to materialize into actual, tangible improvements in the lives of the majority of the people,” the report said.

“The strategies in the PDP midterm update are directed at improving the responsiveness of poverty to growth (which implies higher incomes), enhancing the provision of basic services (so that quality of life is improved) and increasing resilience to disasters (so that improved quality of life is maintained),” said a summary of the plan.

It said that for growth to result in more opportunities and accelerate poverty reduction, the updated plan would “deliberately address the constraints faced by the poor as summarized by their province of residence.”

Following the onslaught of natural disasters such as the 7.2-magnitude earthquake that shook central Visayas and Supertyphoon “Yolanda” (international name: Haiyan) that devastated huge swaths of central Philippines, the updated PDP identified 30 provinces, whose geographies expose them to hazards like flooding and landslides, as another set of focus areas.

According to the plan, the poverty-reduction strategies in these 30 provinces will be focused on disaster-risk reduction and mitigation, income diversification, and social insurance and protection.

Chief among the poverty-fighting measures is an increase in infrastructure spending to 5 percent of gross domestic product by 2016, compared with the 2013 level of less than 3 percent.

These reforms in turn will improve the connections between urban centers where growth has been concentrated and the poverty-stricken rural areas where the majority of the country’s 100 million people live, the plan said.

One of biggest obstacles

The country’s crumbling infrastructure has long been cited by businessmen and economists as one of the biggest obstacles to prosperity, raising transport and power costs, keeping regions mired in underdevelopment and discouraging investors.

Critics charge that only a few sectors are enjoying the benefits of the country’s economic growth while many Filipinos have not been touched by it.

Balisacan last month expressed doubt about the feasibility of reducing the incidence of poverty to 16.6 percent by 2016.

He said at the time the poverty rate was forecast to be 18 to 20 percent by 2016, partly due to last year’s natural disasters.

For University of Asia and the Pacific economist Cid L. Terosa, the strategy of accelerating both infrastructure spending and poverty reduction will work, citing that “both complement each other.”

But Benjamin E. Diokno, University of the Philippines economics professor, pointed out that if the slow roll out of the much touted public-private partnership initiative was any indication, the implementation of the updated PDP would likely be be sluggish.

“So far, for the last three and a half years, the administration has consistently failed to implement what little has been budgeted. It has to demonstrate better capability to complete projects,” Diokno said. Reports from AFP, Ben O. de Vera and Riza T. Olchondra

‘Infra spending must be 5% of GDP’