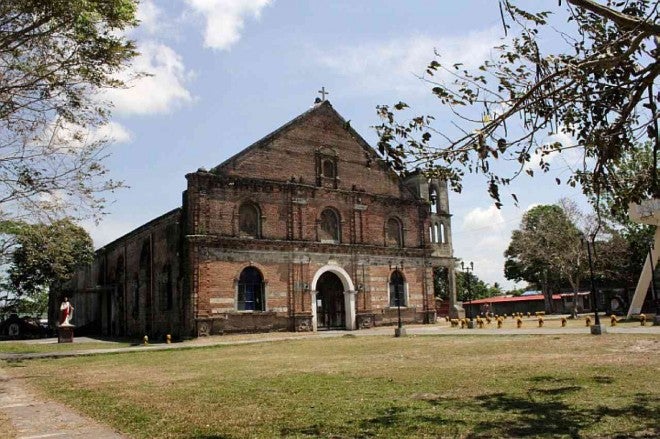 The St. Anthony of Padua Church in Camaligan, Camarines Sur, a 157-year-old church built by Franciscan missionaries, has managed to survive through the years to become an enduring cultural and religious legacy of the town.

The church design is still the same as when it was first built in 1857, except for a few interior renovations, while its foundations and walls are still made of the original materials, said parish priest Fr. Balbino B. Gumabao Jr.

Camaligan, whose name was derived from the Bikol root word camalig, which means storehouses for grains that dotted the town during the Spanish colonization of the Philippines, was under the ecclesiastical and civil jurisdiction of Nueva Caceres, the old name of Naga City, for almost two centuries, from 1578-1775.

In 1775, Camaligan was declared a separate town from Nueva Caceres but it was only in 1795 when a parish priest, in the person of Fray Rafael Benevente, was appointed here by the Franciscan mission which covered the whole territory of the Bicol region at that time.

Gumabao, parish priest of St. Anthony of Padua for six years now, said the people of Camaligan contributed stones, construction materials and labor for the building of the church.

He said the church’s foundation and walls were plastered by thousands of egg whites mixed with lime while the bricks used were a mix of ashes made from freshwater clams, straw and clay that were baked in the village of San Mateo, one of the 13 villages comprising Camaligan town.

The church is influenced by baroque architecture as shown in its arched doors and windows on the front and sides. Inside the church is the retablo, or altar piece, where a statue of St. Anthony of Padua stands in the middle. 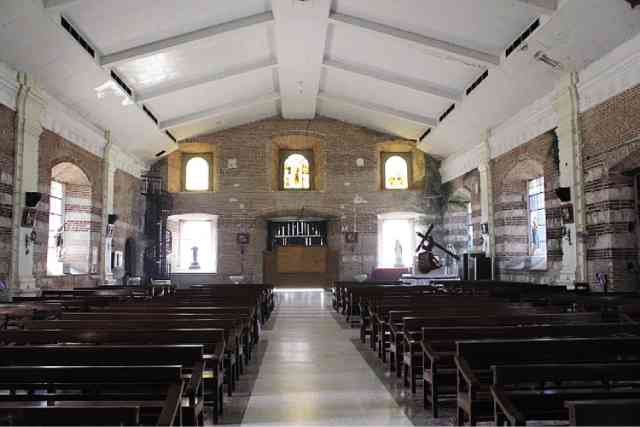 THE INTERIOR of the St. Anthony of Padua Church in Camaligan, Camarines Sur as it looks today. JUAN ESCANDOR JR.

Originally, the church had trusses made of local hardwood trees like hamorawon, yakal, barayong and sambulawan while the roof was fashioned from anahaw leaves clipped with bamboo slits.

Church records described the interior of the church as “beautifully designed” with the choir’s “mezzanine floor made of hardwood and supported by two rounded posts of stone blocks just after the main door.”

“Halfway to the main altar are two elevated pulpits facing each other on each side of the wall. The communion rail was made of iron ingot with beautiful Gothic design,” added the records.

The mezzanine and the two elevated pulpits are now gone but the rest of the church’s interiors have remained essentially the same.

The belfry of the church today “is an odd addition” because it does not blend with the overall design and architecture of the church, said Gumabao.

However, he said, a new belfry is now being constructed.

He said through the years the church has undergone renovations and improvements through the concerted efforts of the parishioners with new facilities added to make it more responsive to the needs of the time.

St. Anthony of Padua, the favorite saint of the Franciscans whose feast is celebrated on June 13, is also the patron saint of the towns of Siruma, Presentacion and Iriga City in Camarines Sur.

Camaligan, a fifth-class municipality, is the smallest town of Camarines Sur. It is a mere kilometer northwest of Naga City. It has a total land area of 1,327 hectares and a population of about 20,000. But the beauty of the town lies in its century-old church, one of the must-see places to visit come Visita Iglesia on Holy Thursday.