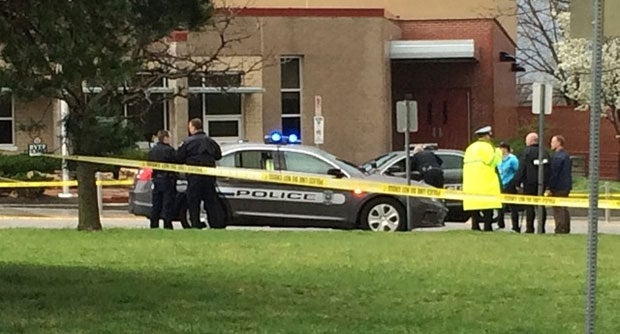 WASHINGTON—At least three people were killed Sunday during separate shootings at a Jewish community center and a retirement community in Kansas on the eve of Passover, a rabbi said.

Police took a man into custody at an elementary school in Overland Park outside Kansas City. He was heard yelling “Heil Hitler” as officers escorted him away, local NBC television affiliate KSHB reported.

Rabbi Herbert Mandl, who serves as chaplain for the Overland Park Police Department, told CNN the first shooting at the Jewish Community Center of Greater Kansas City took place around 1 p.m. (1800 GMT) as youths auditioned for a play.

The suspect, who is in his 70s, asked people whether they were Jewish before opening fire, according to Mandl. The man killed two people, including a teenager.

The man then got in his car and headed to the Village Shalom assisted living center, where he killed a woman in her 70s about 15 minutes after the first shooting.

About 75 people were inside the center’s theater, most of them children, during the shooting, though the center stressed the incident took place inside the parking lot, according to KCTV television.

They had been auditioning for “KC Superstar,” a local singing competition based on “American Idol.”

The Jewish center said it would be closed for the rest of the day Sunday and Monday. All programs were canceled as the center confirmed there had been a “shooting incident.”

It was earlier placed on temporary lockdown but program participants have since been released.

“Our hearts go out to the families who have suffered loss on this tragic day,” the center said on its website.

“Our heartfelt gratitude as well to all those in Kansas City and around the world who have expressed sympathy, concern and support.”