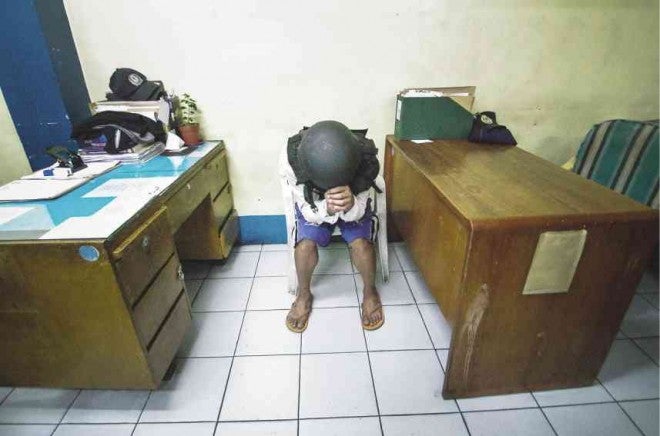 BAGUIO CITY, Philippines—The main suspect in the April 6 murder of three children and their two companions in a Baguio City apartment is being protected by city policemen against angry relatives of the victims after he was driven back to the summer capital on Wednesday.

Avino surrendered to the vice mayor of Manila on Tuesday but it was not clear why. The vice mayor had quoted Avino as denying killing the children and their companions.

As the police vehicle carrying Avino approached, police had to keep the suspect away from the families who crowded close to Avino, some shouting invectives and threats.

Josephina Bopite-Hinto, Del Mundo’s grandmother, said “he treated my grandson like an animal. He killed him like a dog. He will rot in jail for life.”

Couple Joey and Vilma Nociete discovered the bodies of their children when they returned to their apartment on Kayang Street here around 6:30 p.m. on Sunday, police said.

Vilma Nociete told investigators that she received text messages from one of her children about a visitor who was looking for them on Sunday afternoon.

Avino was identified by a witness as the man knocking on the door of the apartment of the Nociete family around 3:30 p.m. on Sunday.

Police said they also found bloodied clothes in the crime scene that the Nociete family cook had identified as Avino’s.

“Avino has no police record in our files but we have asked other police units to search their files to see if Avino had committed any crimes,” Miranda said.