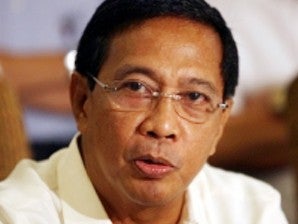 MANILA, Philippines — Vice President Jejomar Binay challenged the Aquino administration, on Wednesday, to prove its fairness in dealing with the case stemming from the Priority Development Assistance Fund (PDAF) scam and prosecute other tagged officials, saying such a move would preclude any political motive in its pursuit of prosecution.

In the wake of the indictment of three senators, including his known allies Juan Ponce Enrile and Jinggoy Estrada, Binay said the case filed by the Ombudsman Tuesday “is a test of the fairness and trustworthiness of our legal system.”

“The case will also test if the drive for reforms will be blind to political motives. If it stops with the filing of the plunder cases against three senators who are not political allies and confines itself to the Napoles case, it will create the impression of being selective, and that political partisanship – not justice – is the sole motivation behind these charges,” Binay said in a statement on Wednesday.

The panel’s ruling marked the first time that incumbent senators were indicted for plunder. Estrada is included in the short-list of possible vice presidential bets for Binay’s presidential bid in 2016 while Enrile has been a long-time opposition ally.

Binay recalled that other legislators and fake NGOs were tagged in the scam, citing the Commission on Audit’s report in 2013.

“We hope the concerned government agencies will act on these findings with the same determination and focus displayed in the Napoles case. The public would want no less than full accountability from its public officials. The rule of law must prevail regardless of stature or political affiliations,” Binay said.

“In the event that the Ombudsman denies the motions for reconsideration and proceeds with the filing before the Sandiganbayan, I am confident that our courts will accord the three senators their right to a fair trial as provided for by the Constitution,” he said.