Aquino scolds Lee’s ‘noisy’ captor; he gets no citation 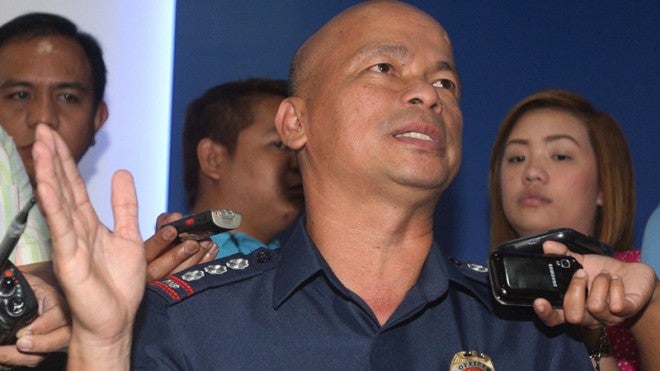 MANILA, Philippines—It was an April Fools’ Day bashing he will never forget.

Senior Supt. Conrad Capa, who was sacked as head of Task Force Tugis a week after his men arrested fugitive real estate magnate Delfin Lee on March 6, was excluded from the list of police personnel honored at Camp Crame on Tuesday.

Instead of receiving a commendation for his accomplishment, Capa got a dressing down from President Aquino, the commander-in-chief of the 148,000-strong Philippine National Police.

The President berated an officer he did not name for going on what he called a “media tour” to protest his transfer, but apparently referring to Capa.

“I really think that’s a disservice. He jeopardized the institution that he has served for so long in his life,” Aquino said in Filipino, ignoring a prepared speech during an awarding ceremony at the PNP headquarters in Camp Crame in Quezon City.

At the “Araw ng Parangal sa Kapulisan (Day of Honoring Police Personnel),” the President devoted a good part of his revised speech castigating the official he did not name, saying members of the PNP should not pick assignments.

Earlier this month, Capa went public saying he had been sacked as task force head soon after his team arrested Lee, who is charged with syndicated estafa in connection with a P7-billion housing racket.

Instead of getting a commendation, Capa alleged that he was being sent to “rot” at the Cebu regional police office to serve as a deputy regional chief for operations before he could be promoted to chief superintendent, a star-rank equivalent to brigadier general in the military.

Vice President Jejomar Binay earlier called attention to an “influential individual” who allegedly tried to keep Lee from being arrested.

The President has since cleared Umali, national treasurer of the ruling Liberal Party, and went all out Tuesday in condemning the actions of Capa.

“This very loud official, let’s say that he’s good. The question is can we depend on him? Perhaps, the ordinary answer is we can as long as he is happy,” Aquino said in Filipino.

“But if he’s no longer happy, we can no longer depend on him. Is that what you call professionalism?”

Aquino reminded the police that they could not choose assignments.

“Lately, we have had an issue [with] a person who refused to take a new assignment. Let me ask you: ‘Can we pick assignments?’” he said.

“Of course, by definition, it’s better to have a good position. That there are also bad assignments. Can we say, ‘I am volunteering for the good positions only?’ Who will volunteer for the bad? And this person, unfortunately, was not getting a bad position.”

The President was irked by Capa’s decision to go to the media to air his grievance. He recalled thinking to himself, “OK ito ah, goes out on media, says this and that, keeps quiet for a while, then goes back on a media tour.”

Contacted on his mobile phone, Capa declined to comment on the President’s speech, but curtly said: “It (issue) has leveled up.”

Although dozens of policemen took part in the operation, only three members of the task force were recognized for their efforts in arresting Lee.

Some members of the task force, which Purisima created in July last year to go after the so-called “Big 5” high-profile fugitives, said they were saddened over the fate that had befallen their erstwhile superior.

They also expressed disappointment with the decision of the PNP to exclude Capa from the list of awardees and disregard his role in the capture of Lee.

“It’s unfortunate that the President spoke about teamwork in his speech, but he refused to acknowledge that we could not have pulled this through without [Capa’s] leadership,” said one of the group’s members, who asked not to be named for fear of reprisal from Purisima.

“The arrest of Delfin Lee was a product of the efforts put together by the members of Task Force Tugis. It’s not just the work of three policemen,” another task force member said.

Capa earned the ire of Purisima after he came out in the media to protest the PNP chief’s decision to transfer him as deputy regional director for operations of the Central Visayas police office.

Purisima claimed the reassignment was a promotion for Capa, who had served as his chief intelligence officer when he was appointed regional director of the Central Luzon police and the National Capital Region police office from 2010 to 2012.

In a previous interview, Capa said Purisima was “fooling” the public when he announced in a press briefing that his transfer was a reward.

Purisima is known to be one of Aquino’s longtime friends in government, having served as his personal security aide during the presidency of his mother, the late President Corazon Aquino.

“I’m very angry. I’m very frustrated … I will not take this sitting down,” Capa had told the Inquirer.

‘No match for Delfin Lee’

Asked why he thought he was relieved from his post, he said: “I was no match for Delfin Lee. I cannot fight that influential man. It’s now me who’s being harassed.”

He said he had accepted his fate, admitting that his chances of becoming a police general had dimmed after his outburst in the media.

“I already bade goodbye to my stars. I know that. But I really don’t care. In this particular case, I know I have the moral high ground,” Capa said.

“I don’t regret what I’ve said. I find happiness seeing ordinary people and Delfin Lee’s victims who congratulated me for what I’ve done to help bring them justice.”

At the awarding ceremony, Aquino also paid tribute to a policewoman in Tacloban City who, “at the risk to herself, at the risk of leaving her family unattended, performed her duty” during the onslaught of Super Typhoon Yolanda last November.

He also heaped praises on a group of policewomen who were first at the scene when a group of robbers struck a jewelry store at SM Mall of Asia last Sunday.

The President said those occupying positions in the police force should learn from the attitude of these officers.

“To them, the mission is clear: I went to this job voluntarily. I have an obligation to the community. I did. Very simple,” he said.

“The attitude shouldn’t be that while we’re occupying lower positions, we look after our people, but when we move up, we take care of ourselves. It cannot be that way.”

Aquino roasts Capa for being picky, two others for bickering

Is Aquino hotheaded or just hot for reforms?