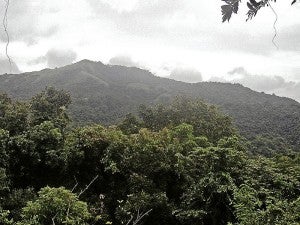 The Department of Agrarian Reform collaborated with local leaders recently in the planting of some 1,200 mahogany seedlings in the agrarian reform communities (ARCs) of Tumbras, Tugal, Nabalawag, Kapinpilan and Sambulawan in Midsayap, and Rajah Buayan in M’lang.

The activity is in support of the government’s National Greening Program, whose goal is to plant some 1.5-billion trees on 1.5-million hectares of land nationwide in the name of climate change mitigation and adaptation, and poverty reduction.

“We are hopeful that this program will also strengthen the cooperation and camaraderie of Muslim and Christian ARBs (agrarian reform beneficiaries) to attain peace and development in their respective communities,” provincial agrarian reform program officer  Marion Abella said.

Abella added the DAR encourages other ARBs to sustain the program because in the coming years “the trees will grow to boost the natural resources in their areas.”

ARBs who participated in the tree-growing program were given the privilege to name a tree after themselves, the DAR said.

Municipal agrarian reform program officer Felerma Gimenez said this gave the agrarian beneficiaries “a sense of pride and responsibility” in the trees they planted.

“We are hoping that the collective efforts of ARBs planting tree will also be radiated to other ARCs in the province in the next months to come,” Gimenez said.