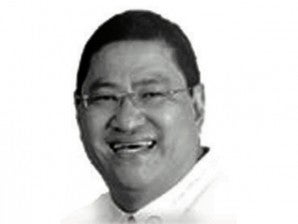 MANILA, Philippines—Members of the House prosecution team involved in the impeachment of then Chief Justice Renato Corona two years ago have begun preparations for another impeachment proceeding, this time to remove three to four magistrates of the Supreme Court.

“I want to get their comments or inputs first before I formally file my complaint. I did not cite any specific justice in the draft but I plan to name three, possibly four, justices,” said Umali.

But Cavite Rep. Elpidio Barzaga Jr., a member of the Corona prosecution team, said Umali should just file his impeachment complaint rather than come out with a draft complaint.

Barzaga, who has been the main defender of the Supreme Court in the House, said: “If he really believes in his cause and he believes he will get the votes (one-third of the House members), he should file it immediately and stop the speculation. He has yet to name the target or targets of his complaint.”

“Although it holds neither the power of the purse nor the power to execute, the judiciary, headed by the Supreme Court, is now acting like three branches of the government rolled into one, usurping the powers of its coequal branches, the legislative and executive,” Umali said in a privilege speech on March 14.

Umali, vice chair of the House committee on justice, said the Supreme Court had “bullied” Congress and the executive branch several times by intervening in the impeachment moves against then Chief Justice Hilario Davide Jr. and then Ombdusman Merceditas Gutierrez; usurping the power of the House of Representatives Electoral Tribunal to decide on the electoral dispute between Marinduque Rep. Regina Ongsiako-Reyes of the Liberal Party and her predecessor, Lord Allan J. Velasco, of the National Unity Party; and its recent decision declaring unconstitutional the Priority Development Assistance Fund (PDAF) or pork barrel.

Umali claimed in January that at least 169 House members had signed  a resolution he filed last year asserting the HRET’s jurisdiction over the Reyes-Velasco dispute.

He also cited the “flip flopping” or “judicial elasticity” of the Supreme Court justices in several cases such as the cityhood laws sought by 16 municipalities and the labor suit against Philippine Airlines.

Umali said that while he concurred with former Chief Justice Artemio Panganiban that “we could only disagree with but never disobey decisions of the Supreme Court no matter how erroneous,” Congress was not “totally helpless” as it had the power to impeach erring justices as a last resort.

Umali stressed that his goal was not to reduce the constitutional powers of the high court but to weed out the judicial misfits whose claim to fame and ascent to the highest post in the judiciary is not by reason of merit, but by their closeness to the powers that be.”