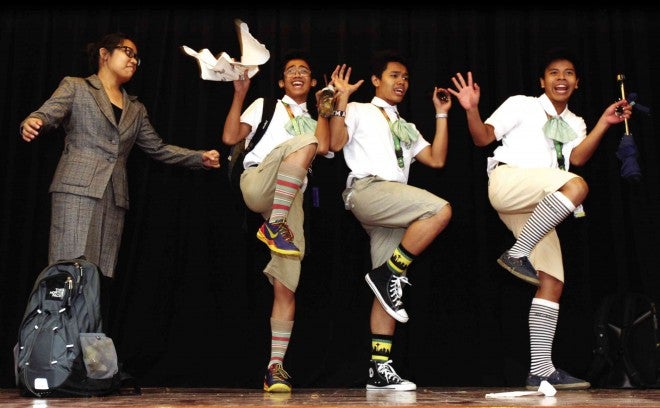 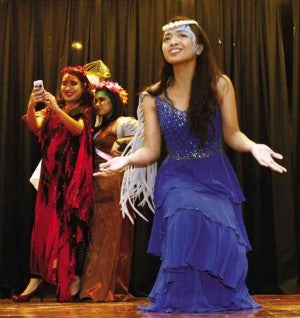 MANILA, Philippines – For the competitors in the National Theater Contest (NTC), which was held in celebration of Francophonie Month, acting on stage before a live audience proved quite challenging, as they also had to deliver their lines in French.

The contest participants, students of public high schools and two universities, presented short plays entirely in French at the competition that was held at European International School (EIS) Manila.

Unlike in the past when the themes were serious (solidarity and peace, anyone?), this year featured the fun side of theater. The students had to interpret 10 words or phrases related to la folie or madness: hurluberlu (eccentric person), ouf (crazy), charivari (commotion or hullabaloo), faribole (nonsense), à tire-larigot (to one’s heart’s content or galore), s’enlivrer (intoxicated by the pleasure of reading), timbre (nuts, bonkers), toho-bohu (pandemonium), ambiancer (create ambiance or atmosphere of “madness”) and zigzag (alternative angle or lifestyle).

Most teams came up with comedic sketches to interpret their chosen word in three minutes. A few stuck to heavy drama.

It was a rare chance for students to show off what they learned in their yearlong French study. For teachers, seeing their students confidently taking center stage was reward enough for their hard work.

Thery Beord, linguistic attaché of the French embassy in the Philippines, said the performances effectively showcased the students’ creativity. The embassy holds activities like the NTC to help sharpen the students’ language proficiency.

“It’s a good way for them to become confident … They can perform, write and speak French. All the contestants showed great works,” said Beord, one of the judges.

Minutes before the contest, in what seemed like a reunion of Special Program in Foreign Languages (SPFL) trainers, teachers greeted one another the French way, giving a person a light kiss on each cheek. 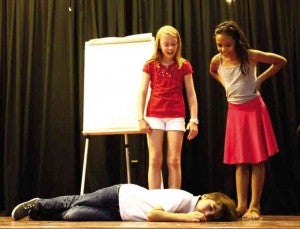 “Students formed their own groups and I let them create their own stories. They only asked me to check the content and the grammar. We prepared the music and the props—they did good,” said Raysie Seidel, a teacher at Caloocan City Science High School (CCSHS). (See related story below.)

Two universities that participated in the contest, Ateneo de Manila University and the University of the Philippines (UP), each sent two groups.

Between performances, EIS Manila students tested the Filipinos’ knowledge of the French language and culture in a quiz bee. They also delighted the audience with a short comedy skit.

As contestants waited for the results, CCSHS student Ella Aubrey Victoria Castro gave an impromptu piano performance of “Let It Go.” The other students sang along in French.

The National Theater Contest is part of an annual monthlong celebration held simultaneously around the world by French and other Francophone embassies.

“We have our cultural program every year so that students can attend concerts, theater shows, film showings and other events in French,” Beord said.

The celebration takes its name from Organisation Internationale de la Francophonie (OIF), a cultural group of 57 French-speaking member states and governments to promote cultural, scientific and economic cooperation. Although the Philippines is not a member, Beord said the values held by OIF were relevant to Filipino society.

“People are attracted to France for the culture, the landscape, the movies, the fashion, the food—for many things. To learn French

allows you to understand the culture better,” he said. 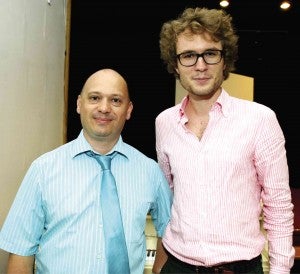 For most of the students, learning French was its own reward, said Ana Marie Hernandez, the education department’s SPFL director.

“We want students to be globally competitive. When they graduate, they have more choices because they have another language that can open… better opportunities here or abroad,” she said.

Learning French will improve the chances of students to be accepted by schools in France that are known for science and the arts, she said, or if students want to work in outsourcing projects that require proficiency in French.

Other projects are being considered to give students more opportunities to speak French, including an exchange program at EIS Manila.

Jean-Marc Aubry, headmaster of EIS Manila’s French campus, said hosting one of the contests for this year’s Francophonie festival for the first time in 22 years was an important partnership.

“It is our diplomatic vision that if there are more French-speaking Filipinos in the Philippines, the exchange for learning and culture will be better,” he said.

Aubry and Beord said they were open to exchange programs and the immersions of Filipino students in EIS Manila to help improve proficiency in the language.

“French is a complex language. Even here on campus, we speak French and English. But I see that the student performers are happy … I think they are motivated and happy to participate,” Aubry said.

Quite appropriate emotions for a theme on la folie.