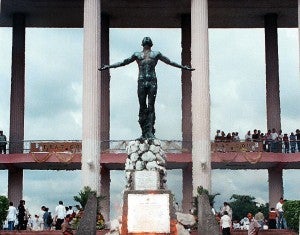 MANILA, Philippines – The Diliman campus of the University of the Philippines may soon join other universities in implementing an academic calendar shift, with the start of classes scheduled in August.

The school’s official paper, the Philippine Collegian, on Monday reported that the UP Diliman university council had approved the shift.

It quoted Student Regent Krista Melgarejo who said 284 members voted “yes” and 164 voted “no” to the proposal. Eight others abstained.

However, UP professor Danilo Arao told INQUIRER.net that the council only approved an “endorsement” to the Board of Regents (BOR). The BOR on March 28 will decide if the shift will push through.

Arao confirmed the results of the voting, held on Monday morning at the GT Toyota Asian Cultural Center auditorium.

The official Facebook fan page of UP also announced the result of the vote to “support the shift in the academic calendar of UP Diliman from June to August 2014.”

“Chancellor Michael Tan will now bring this sentiment to the next UP Board of Regents meeting on March 28 for approval,” it said.

The professor said that while the Diliman university council already voted against the calendar shift on December 2 last year, the “maneuvering” of the UP administration resulted in a referendum.

“The referendum showed…despite the absence of an informed decision on the matter…they (faculty) were in favor of the shift,” said Arao, who is among those opposing the scheme.

He said they will continue to voice their opposition and will hope for a favorable outcome at the BOR meeting on March 28.

“[The academic calendar] should be attuned to the weather patterns and the cultural context of our society,” he said.

Arao was among the group of professors who held a press conference last month to oppose the proposal.

“UP education is being thoroughly denationalized to make it a more attractive commodity in the global educational marketplace. Instead of addressing social equity, democratization and improved accessibility, the UP Administration is prioritizing international student mobility,” they said in a statement.

The university council is composed of professors, associate professors and assistant professors.