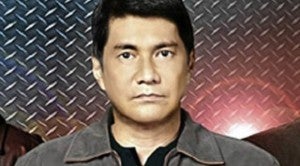 Tulfo is one of three broadcast journalists ensnared in the P10-billion pork barrel scam. He is alleged to have received “payoffs” amounting to P245,535, recorded as “advertising expenses,” from the state-owned National Agribusiness Corp. (Nabcor) back in March 2009, when he was working for RMN-dzXL.

In an interview Saturday, Tulfo insisted the alleged payoff was a justifiable payment for advertising slots or commercials.

“In the radio industry, we have what we call ‘premiums.’ These are three-minute advertising spots given to us anchors by our stations. It’s a legitimate [practice] that the KBP (Kapisanan ng mga Brodkaster ng Pilipinas) knows about,” he said.

Tulfo said he and his lawyer, Nelson Borja, were considering filing a libel suit against the Inquirer, which broke the story on March 19. He said his team was gathering and consolidating evidence that would support his charge.

“We sought an apology and asked them to rectify their report, but they didn’t. And it’s their right. But if the only way to clear my name is to go to court, we will do that. We have evidence—contracts, the commercial itself, withholding tax documents,” he said.

“There is no tax for a bribe,” he added, stressing that he had the tax documents to prove his innocence.

“It pains me to do this since we’re all in the media—I’m in broadcast, they’re in print—but things have to be set straight. Even within a family, if someone does something wrong, he or she has to be set straight,” he said.

‘I’m ready to face them’

Tulfo said he was open to talking to Justice Secretary Leila de Lima about the issue. “I would actually prefer that the Department of Justice, Senate or the Ombudsman summon me. I’m willing and ready to face them; I’ll bring my evidence,” he said.

Tulfo last Friday was conferred the Helen Vela Lifetime Achievement Award for News Broadcast at the 5th Golden Screen TV Awards at the Teatrino in Greenhills.

“I’m happy and sad at the same time,” he said as he accepted the trophy. “This award means a lot to me, especially now that I’m undergoing a trial.”

Tulfo’s brothers and “T3: Reload” cohosts Ben and Raffy were likewise named Helen Vela awardees in “recognition and appreciation of their exemplary and trendsetting performance as newscasters.”

Meanwhile, Malacañang is not in a rush to unmask the broadcast journalist who was allegedly paid P2 million to stop attacking Nabcor in connection with the P10-billion pork barrel scam.

Deputy presidential spokesperson Abigail Valte on Saturday said it was the Department of Justice that should disclose the identity of the journalist, that is, if he or she was named in the witness’ affidavit.

“It really depends on the affidavit …  If the [journalist’s] name was mentioned, it will be seen by Secretary De Lima,” Valte said over state-run dzRB radio.

Valte said justice officials would meet with the witness, former Nabcor official Rhodora Mendoza, and request a copy of the affidavit she submitted to the Ombudsman.

Mendoza also alleged that a third broadcast journalist received P2 million from Nabcor to stop his criticism of the company, but she had no documents to support this claim.