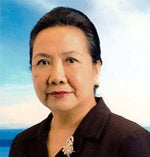 MANILA, Philippines—With teenage pregnancies on the rise, proponents of the reproductive health law on Wednesday urged the Supreme Court to decide on the petitions challenging the measure and to uphold its constitutionality.

It has been a year since the tribunal issued a status quo ante order effectively stopping the implementation of the law, but available figures continue to support the need for such a measure, according to the Purple Ribbon for RH group.

The Supreme Court is expected to deliberate on the petitions against the RH law on April 8 during its summer session in Baguio City.

Teenage pregnancies cause complications, especially for those from impoverished families. They may be kicked out of their homes by their families and forced to stop schooling, leaving them with little resources to care for their children.

Pregnant adolescents are also more likely to have unsafe abortions, according to the World Health Organization.

If the RH law is implemented, these teenagers can be educated on the facts about their sexuality and reproductive health, Cabral told a press briefing.

“The call of the Purple Ribbon campaign to the … Justices of the Supreme Court is to take into consideration the future of the youth and women and uphold the RH law,” Cabral said in a press briefing.

According to Cabral, there has been little sex education for children because adults tend to think that children do not think about sex. Catholic Church leaders also object to sexuality education.