What Went Before: Fugitives 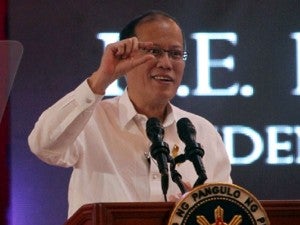 On Aug. 28, 2013, the President announced a P10-million bounty for the arrest of Janet Lim-Napoles, alleged architect of the P10-billion pork barrel scam. Napoles surrendered to him on the same day the bounty was announced, but her brother Reynald “Jojo” Lim remains at large.

According to presidential spokesman Edwin Lacierda, while Napoles’ P10-million bounty had been withdrawn following her surrender, the P5-million reward for Lim’s arrest still stands.

Labeled “The Butcher” by political activists, Palparan went into hiding in December 2011 when he was ordered arrested by the Regional Trial Court in Malolos, Bulacan province, in connection with the 2006 abduction of University of the Philippines students Sherlyn Cadapan and Karen Empeño.

The Reyes brothers disappeared in March 2012 after the Regional Trial Court in Puerto Princesa City issued warrants for their arrest in connection with the murder of Palawan broadcaster and environmentalist Gerry Ortega.

Ecleo went into hiding after he was meted out a 31-year jail sentence for graft by the Sandiganbayan in 2006. In April 2012, a Cebu City court sentenced Ecleo to life imprisonment for the killing of his wife. He remains the object of a nationwide manhunt.

Lee, who had a standing arrest warrant issued by a Pampanga court in May 2012 for syndicated estafa, was arrested in a five-star hotel in Manila on March 6.—Inquirer Research