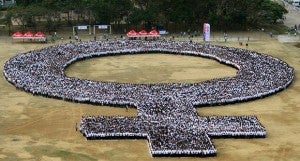 But these remain abstract notions unless women get to know about these rights so they could be asserted, according to a new indigenous women’s rights handbook that was launched here in time for International Women’s Month this March.

“A Handbook on the CEDAW: Realizing Indigenous Women’s Rights” seeks to help indigenous women “know what their rights are and how to claim and assert them,” according to its authors, Eleanor Dictaan-Bang-oan and Helen Tugendhat.

The authors said covenants like the 1981 International Convention on the Elimination of All Forms of Discrimination against Women or CEDAW, which codifies international legal standards for women, “remain abstract if they are not claimed and exercised by the rights holders.”

The book seeks to help indigenous women wade through the maze of the UN bureaucracy. It stresses the need for the “voiceless” such as indigenous women to tap international human rights mechanisms as platforms for airing their grievances.

“Decisions and recommendations from these human rights mechanisms also carry significant moral and political force and can be used successfully at the national level to push for real change,” according to the handbook.

The first type includes the Human Rights Council and the Universal Periodic Review.

It tells women that there are 10 treaty-based bodies, which monitor implementation of nine core international human rights treaties.

Indigenous women can use both charter-based bodies and treaty bodies “to raise their concerns and pressure governments to account for the neglect or violation of their human rights and freedoms,” said the authors.

Before they can even start, indigenous women need to confront the problems of accessing these mechanisms “and these require resources that indigenous women’s organizations cannot afford,” the authors say.

The book says IP women’s groups all over the world need to collaborate in order to “engage these mechanisms.”