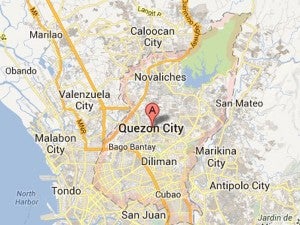 MANILA, Philippines – Fed up with her constant scolding, an out-of-school youth beat up his 68-year-old grandmother to death in Quezon City Friday evening, smashing two crystal vases on the woman’s head, police said.

Police said the 17-year-old boy, who was arrested later Friday night and turned over to the social welfare department, came from a broken family and had been left in the care of his paternal grandmother.

The names of both the victim and her grandson are being withheld by the Philippine Daily Inquirer as mandated by law to protect the identity of minors who break the law.

Case investigator Police Officer 3 Jamie de Jesus said she learned from relatives that the victim was a nagger and often scolded her grandson, sometimes for no apparent reason. Relatives described the boy as the quiet type who often skipped classes before he dropped out of school completely but had never displayed any violent streak, De Jesus added.

She said the boy’s parents were separated and now had families of their own, leaving the teenager in the care of his grandmother.

On Friday evening, according to De Jesus, the boy was playing “Dota” at a computer shop in their neighborhood in Barangay Batasan Hills when his grandmother came to fetch him, scolding him all the way home. There, he got another round of scolding, the policewoman added.

The boy snapped and started beating up the woman, in the process smashing two flower vases on her head and killing her, De Jesus said.

The youth then cleaned up the mess he had created and went to the home of his aunt in the Pantranco area of Quezon City, De Jesus said.

The boy’s aunt told the investigator she was about to fall asleep when her nephew arrived around 10 p.m. Friday.

Trembling, the boy told the aunt, “May nagawa ako kay Lola (I did something to Grandmother),” according to De Jesus.

The boy and his aunt then went to the elederly woman’s home, where the daughter found her mother bloodied up in the living room, with wounds on the head, neck and chest. The broken vases were in a trash can outside the house.

The elderly woman’s skull was broken, De Jesus said, adding that cuts on her arms indicated she had tried to fend off her grandson’s attack. She said the boy himself had cuts on his hands.