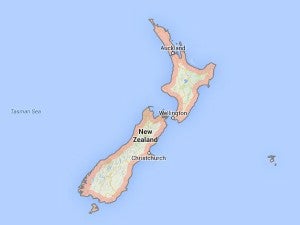 WELLINGTON—A New Zealand prostitute has won substantial damages for sexual harassment by a brothel owner, with sex workers hailing the decision as a landmark ruling that shows the country as a world leader in protecting their rights.

The tribunal heard the brothel owner reportedly told the woman he could do what he liked with the women who worked for him.

Over a three-month period, the older man belittled and frightened the woman until she felt unsafe and on edge, became depressed and turned to alcohol, according to the tribunal’s decision released Saturday.

“Sex workers are as much entitled to protection from sexual harassment as those working in other occupations,” the ruling said.

“The fact that a person is a sex worker is not a license for sexual harassment — especially by the manager or employer at the brothel.”

“It’s one up for decriminalization, it’s a significant ruling because it could never have happened when sex work was illegal. It indicates the massive change (the industry) has gone through,” she said.