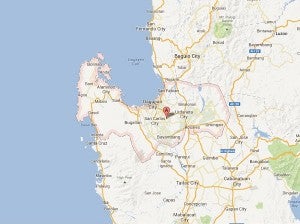 MANILA, Philippines – The Department of Health on Wednesday reminded media to be responsible in their reports after news of a “mysterious” flesh-eating disease spread in Pangasinan.

“It shows here the role of media…that responsible journalism is important,” Health Undersecretary Teodoro Herbosa said over Inquirer Radio 990AM.

He warned of the dangers of inaccurate reporting, as in the case of ABS-CBN’s “Bandila” feature which had caused panic among the public.

Word spread online that the disease was part of a prophesy by self-titled prophet Vincent Selvakumar of the Voice of Jesus Ministries.

(It is easy to create panic about an epidemic and a serious disease. When in fact it is not spreading and it is not mysterious.)

The Department of Health on Tuesday immediately dismissed the report while Dr. Anna Guzman, Pangasinan provincial health officer said the two patients featured in the report were suffering psoriasis and leprosy complicated by multi-drug treatment.

The DOH official warned that media practitioners, respected by the public, should always verify their reports with experts.

Since the report came out on Monday night, the hashtag #PrayforPangasinan has been trending, with netizens discussing the truth to the prophecy.

Herbosa said media should have immediately asked the agency’s opinion on the matter before airing the report.

He said experts such as dermatologists could have easily explained the phenomenon, adding that such cases are being treated and many already been cured.

Dictionary.com defines psoriasis as a skin disease characterized by the formation of reddish spots and patches covered with silvery scales that tends to run in families while leprosy, also called Hansen’s disease, is a chronic infectious disease occurring mainly in tropical and subtropical regions, characterized by the formation of painful inflamed nodules beneath
the skin and disfigurement and wasting of affected parts, caused by the bacillus Mycobacterium leprae.