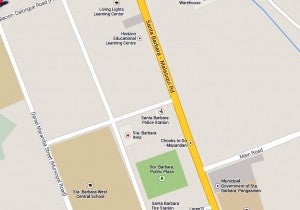 MANILA, Philippines — The so-called “mysterious disease” in Pangasinan that is eating the flesh of its victims is no mystery at all, the provincial health officer said on Tuesday.

This as Pangasinan provincial health officer Dr. Anna De Guzman dispelled a news report that said a “flesh-eating disease” is spreading in the province.

“There is no truth to a rumor that a flesh-eating disease is spreading in the province,” De Guzman told INQUIRER.net in a phone interview.

This developed after ABS-CBN in their news program “Bandila” reported on Monday night that a “mysterious” “flesh-eating illness” (misteryosong sakit) is “slowly” (unti-unti) spreading in Pangasinan.

The report interviewed two case studies from Villasis and Santa Barbara whose skin were reported to be “decaying” (naaagnas). The reporter can be seen wearing a doctor’s protective gear and face mask.

De Guzman clarified that the first patient from Santa Barbara was a leper who suffered from an adverse reaction from a drug.

Meanwhile, the second patient from Villasis is ailed with psoriasis, the doctor added.

She said the two cases were not that of the rare necrotizing fasciitis, a serious bacterial infection that spreads rapidly and destroys the body’s soft tissue, according to the US Center for Disease Control and Prevention.

De Guzman said the report only connected the two case studies to a prophecy by a self-titled prophet warning of a flesh-eating disease in Pangasinan.

“Sometimes, the media attempts to exaggerate to make the news sensational… They just want to connect it to the prophecy,” she said in Filipino.

The ABS-CBN report was made amid an internet buzz that a prophecy by self-titled prophet Vincent Selvakumar of the Voice of Jesus Ministries in April 2013 said a flesh-eating disease would spread from the Ilocos province to the world.

Just hours after the Bandila report came out Monday night, the hashtag #PrayForPangasinan trended on Twitter, with netizens resorting to faith amid fears of an apocalyptic doom.

The prophet was also said to have predicted a flood that would ravage Samar and Leyte, a reference supernatural netizens said was fulfilled when Super Typhoon “Yolanda” ravaged the Central Philippines in November 2013.