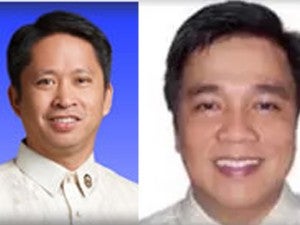 MANILA, Philippines—Queue jumpers, troublemakers and recalcitrants are the targets of an “anti-pasaway” bill that party-list lawmakers have filed at the House of Representatives.

“This bill adheres to the ‘anti-wang-wang’ (anti-sense of entitlement or privilege) policy of the administration as it prohibits the use of any position of power, social status, prominence or reputation to cut in, break up, or disrupt the order of a line,” said party-list Representatives Christopher S. Co and Rodel M. Batocabe (Ako Bicol).

The two said their House Bill 3953, or “An Act Penalizing the Act of Cutting in Line, Breaking Lines, and Other Related Acts and for Other Purposes,” is aimed at institutionalizing the model behavior of President Benigno Aquino III, who does not seem to mind standing in line and waiting his turn despite being the most powerful person in the country.

The proposed law will “enforce peace and order and instill the values of timeliness, courteousness, discipline, patience and respect,” they said.

“The advantages of falling in line do not end at fulfilling a safe and orderly provision of goods and services. It also leads to a culture and social behavior of self-control and self-discipline that are important social and cultural factors in curbing  corruption, harassment and oppression,” Co and Batocabe said.

The bill also provides that areas requiring people to fall in line should have signs defining the queueing system and that the law would apply not only to persons but also to their motor vehicles, boats, pails, containers, bags, sacks and other  objects used for  providing, procuring, accepting or receiving  goods or services.

The bill provides exemptions for senior citizens, pregnant women and persons who by reason of health, national security   or public interest need immediate goods and services.

Violators will be penalized with either a P10,000 fine or one month imprisonment or both. The bill imposes a higher penalty of up to P25,000 in fine or six months imprisonment if the offense is committed in areas declared as being under emergency or calamity conditions.

‘A person’s a person no matter how small’