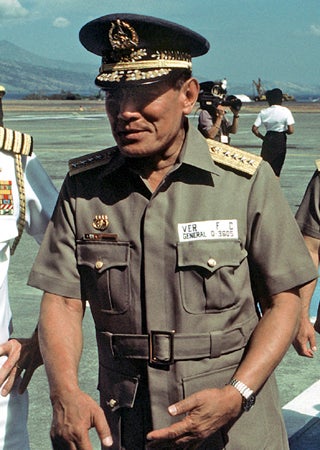 MANILA, Philippines—The petitioner who had asked the Makati court to evict from a North Forbes Park mansion, the former longtime partner of the late General Fabian Ver—the Marcos era chief of the Armed Forces of the Philippines—is now seeking police assistance to avoid any violence that might erupt once the eviction order is executed.

Judge Joselito Villarosa of Makati Regional Trial Court Branch 66 has ordered Edna Camcam to be immediately evicted from the Forbes Park mansion which was said to be lent rent-free by Dr. Daniel Vazquez since 1994.

“We specifically asked the court to order the police to assist us. Based on our previous experience, they (the other camp) may be capable of violence,” lawyer Estrella Elamparo, the counsel of Vazquez, the petitioner in the case.

Vazquez lent the house on Cambridge Circle, North Forbes, in Makati City, to Camcam upon the request of her longtime companion General Ver.

In a 13-page decision dated February 10, Judge Villarosa declared Vazquez as the rightful owner of the property and ordered Camcam to vacate the mansion and pay him P250,000 per month from the time she received the demand letter in January 2012 up to the time she would actually leave the property.

Elamparo said that when Vazquez had asked Camcam to vacate the mansion after securing a Writ of Preliminary Mandatory Injunction from the Metropolitan Trial Court of Makati City in January 2012, Camcam hired 30 security guards and sought the police’s help to prevent him from taking over the property.

The contested property was originally owned by Camcam but she failed to pay her loan to the United Coconut Planters Bank (UCPB) in which the mansion was pledged as collateral. 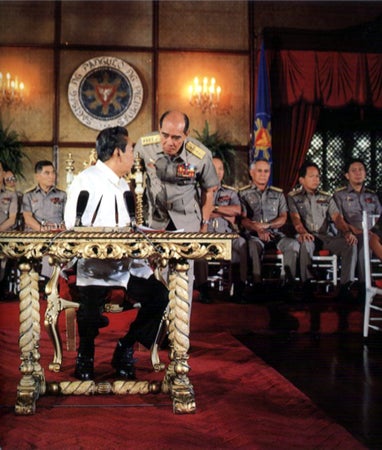 Fabian Ver on the last days of the Marcos Dictatorship. CONTRIBUTED PHOTO

The UCPB then sold the property to Benjamin Bitanga who in turn sold it to Vazquez, according to the court order.

In her defense, Camcam claimed that she was out of the country when UCPB “extra-judicially foreclosed her property.”

After learning of the foreclosure, she filed a civil case at the Makati RTC in 1991 to annul it.

The court, however, allowed her to redeem the property from UCPB for P26 million. It was Bitanga, she said, “who acted as her trustee” to redeem the property on her behalf. She said she had also sought assistance from Vazquez who used the credit facility of his family’s corporation, Peak Development  Inc. to secure a loan from Urban Bank.

Camcam told the court that she was able to fully pay all her loans to redeem the property in 1996.

Elamparo said in another ownership case, Makati judge Winlove Dumayas ruled, however, that Vazquez had all the legal documents to prove ownership including the title.