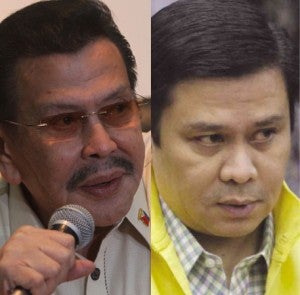 On Oct. 5, 2000, Guingona, then a senator, delivered his famous “I accuse” speech linking then President Estrada to the illegal numbers game “jueteng,” as exposed by Ilocos Sur Gov. Luis “Chavit” Singson.

In his surprise privilege speech, Guingona said Estrada had received P220 million in jueteng money from November 1998 to August 2000. 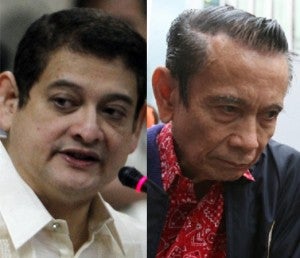 “I accuse Joseph Ejercito Estrada, President of the Republic of the Philippines, of betraying public trust. The people especially the poor reposed in him the trust that he would protect them from illegal gambling. Instead it appears that shortly after he assumed office in 1998, he entered into an arrangement with Bong Pineda, Atong Ang and Gov. Luis Singson to further institutionalize jueteng,” Guingona said.

The speech precipitated Estrada’s impeachment trial in the Senate. The proceedings were overtaken by “Edsa II” in January 2001, which brought then Vice President Gloria Macapagal-Arroyo to the presidency. Guingona was later nominated by Arroyo to be her Vice President and foreign secretary.

In April 2006, Estrada said that he had forgiven those who played a part in his ouster in 2001.—Inquirer Research