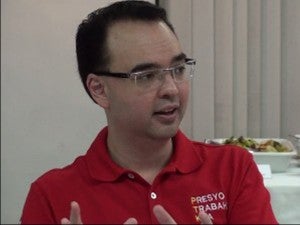 Cayetano said that under a Binay administration, the investigation on the Priority Development Assistance Fund could be undermined, and the alleged perpetrators may go unpunished.

“If Binay takes the presidency in 2016, will the case still be pursued and would the DOJ and the National Bureau of Investigation stay its ground against corruption?” Cayetano pointed out in a statement Monday.

The Vice President, according to Cayetano, claimed that the DOJ has subjected Enrile and Estrada to a public trial.

“Suddenly, you will have thoughts that the cases would be undermined in 2016,” Cayetano said.

The senator said that Binay’s statements on the investigation would most likely prevent potential witnesses in the scam to speak up.

“Right now, potential witnesses would doubt if they should stand up to the issue” or would just shut up,” Cayetano said.

“The Vice President never bugged JPE (Juan Ponce Enrile) and Senator Jinggoy to answer, yet he is bugging the DOJ,” Cayetano said.

Court must first decide who can be a state witness—Binay