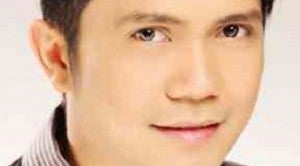 A local court on Friday dismissed Deniece Cornejo’s petition for protection and gag orders against Vhong Navarro, the actor and TV host she had accused of rape.

The commercial model suffered an early setback in her legal battle with Navarro, who in turn had accused her and her friends—including businessman Cedric Lee—of setting him up for extortion and having him mauled at her condominium unit on the night of Jan. 22.

Cornejo, Lee and six other respondents also failed to show up Friday for their first preliminary investigation hearing at the Department of Justice in connection with Navarro’s complaints for serious physical injuries and serious illegal detention.

Earlier in the day, Judge Lorifel Pahimna of the Pasig Regional Trial Court Branch 69, which holds its sala at the Taguig Hall of Justice, junked Cornejo’s petition after a 30-minute hearing attended by the 22-year-old model, her lawyer Howard Calleja, and Navarro’s lawyer Alma Mallonga. 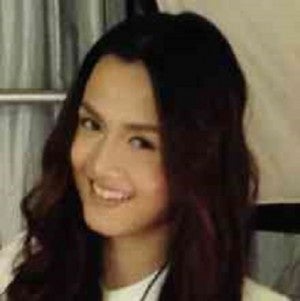 Cornejo accused Navarro of raping her at her condo, with Lee claiming that he and his friends caught him in the act that’s why Navarro got a severe beating. She later asked the court for a protection order against Navarro and a gag order to keep the ABS-CBN star from discussing the case in the media.

The petition cited Republic Act 9262 or the Anti-Violence Against Women and Children Act, but Pahimna ruled that it did not apply to Navarro, according to Mallonga in an interview with the Inquirer.

The law protects women from violence committed by a husband or a partner, or someone with whom she has “a sexual or dating relationship,” Mallonga said.

Dismissing the petition as a mere “delaying tactic,” Mallonga said Cornejo’s camp also failed to prove that there was a threat committed or likely to be committed by Navarro against Cornejo that would merit a protection order.

“There is no factual basis. Vhong is not attempting to see her or call her. Vhong and his family are not stalking her,” she said.

In a text message, Calleja said they would file a motion for reconsideration.

At the DOJ, Cornejo and the other respondents were no-shows in the 2 p.m. hearing set by an investigation panel headed by Maria Elvira Herrera.

Lawyer Arleo Magtibay, who in the DOJ represented Cornejo, Lee and his sister Bernice, showed up to explain that Cornejo could not make it because of the court hearing in Taguig concerning her petition for a protection order.

But Magtibay said Cornejo would appear in the next hearing set on Feb. 21.

Magtibay also explained that his clients had yet to receive their copies of the two supplemental affidavits executed by Navarro last week, and asked for more time to comment on these documents.

The DOJ panel also issued subpoenas to three other suspects—Simeon “Zimmer” Raz Jr., Jed Hernandez and JP Calma—asking them to comment on Navarro’s complaint and appear before the DOJ with their counter-affidavits.