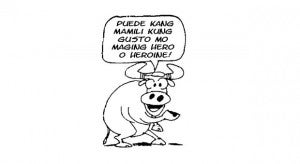 MANILA, Philippines—Witnesses will be able to undergo plastic surgery, even a sex change, while whistle-blowers will get monetary rewards under two new bills the House justice committee approved on Wednesday in order to provide stronger protection and additional benefits to people who speak out against crime and corruption.

The committee’s approval of the measures comes as whistle-blowers and cohorts turned state witnesses take a central role in the current investigations into the billions of pesos in state funds that had been ripped off through the years.

A Witness Protection Bureau under the Department of Justice will be set up if the first measure is approved.

The bill states that a witness will be entitled to relocation and a change in personal identity at government expense with the right to secure housing and relocation for relatives within the second civil degree of consanguinity under threat.

It further states that the change of personal identity “may include a change in physiological appearance or change of name.”

“That’s a new provision. You could even undergo a change of sex,” Tupas told reporters.

Under the bill, the justice secretary may also order a change of the witness’ name without a separate judicial order or administrative proceeding.

It also prohibits witnesses from talking with any adverse party or entering into an amicable settlement on the civil or criminal aspect of the offense.

A prison sentence from four to six years will be imposed on a witness who desists or contravenes his original affidavits, fails to appear during hearings without a valid reason, refuses to cooperate or testify in the investigation or gives false and misleading testimony.

This witness will also be required to pay back expenses for his protection.

The second bill would grant rewards from P50,000 to P200,000 to whistle-blowers at various stages of participation.

If revelations lead to the filing of cases of plunder, forfeiture of ill-gotten wealth, bribery, malversation and the like, the witness will be entitled to an additional reward of 10 percent of the actual amount recovered by final judgment.

But if the whistle-blowers deliberately give false and misleading information, they will suffer the penalty for the crime they were called to provide evidence.

Those who coerce or compel a witness to give misleading information will be penalized with imprisonment for the crime concerned and asked to reimburse protection expenses.

During the hearing , Deputy Ombudsman Gerard Mosquera said he had reservations about the provision of monetary rewards.

He said this could create an industry of “bounty hunters” instead of encouraging people to perform their civic duty.

Cebu Rep. Gabriel Luis Quisumbing, one of the bill’s authors, said financial reward was incorporated into the bill because many of the whistle-blowers, after speaking out, decide not to continue going to their workplaces to avoid retaliation. Many of them also choose to move on to other professions.

The reward will provide them with something they can use to start a new life, Quisumbing added.

Mosquera also said the penalties might discourage whistle-blowers. He said that if a case stemming from a whistle-blower’s exposé was dismissed, this may be cause for retaliation.

But Tupas said the penalties should only scare away fake whistle-blowers, and that the dismissal of a case did not necessarily mean false information was provided.

“It will have a chilling effect on the non-genuine whistle-blowers,” he said.

Penalty  in whistleblowers’ bill may cause chilling effect – Deputy Ombudsman