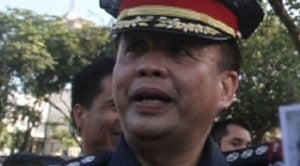 The directive was made following the mauling of Vhong Navarro allegedly by businessman Cedric Lee and the latter’s friends last Jan. 22 inside the condominium unit of Deniece Cornejo that exposed serious police administrative lapse.

He said the new policy addressing such administrative lapse was made by Director General Alan Purisima, PNP chief.

Issued on Monday, the policy will disallow police staff offices to receive and maintain blotter reports. These offices are those performing administrative functions such as logistics, intelligence, finance and investigation department.

After Navarro was beaten up by Lee and several others for allegedly raping Cornejo, he was taken to the investigation department of the Souther Police District Investigation and Detective Management Division last Jan. 22 to file a blotter report without pursuing criminal charges.

Purisima ordered that only units that have investigative responsibilities shall be authorized to keep blotter logbooks. This will be effective to all Regional, District, Provincial Police Offices except for National Capital Region Police Office Districts with Criminal Investigation Units.

Earlier Tuesday, Chief Superintendent Jose Erwin Villacorte, SPD director, ordered the relief of its five policemen, including its DIDMD chief, the police officer who signed the blotter, and officers on duty on the day of incident.

The PNP PIO chief, however, made clear that complainants reporting directly to the staff offices shall be given assistance by the respective police personnel.

“All staff office will no longer accept blotter reports but they will not refuse. They are given the duty to assist the complainants by transporting them to the police stations responsible for the case,” Sindac said.