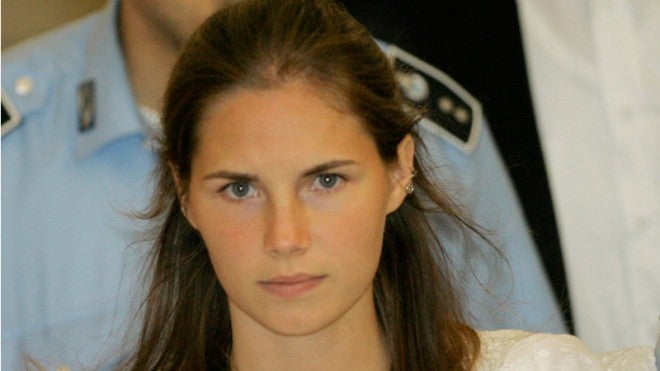 LOS ANGELES – Amanda Knox lamented Thursday what she called the “unjust” verdict handed down by an Italian court that reconvicted her for the 2007 murder of her British housemate Meredith Kercher.

“I am frightened and saddened by this unjust verdict. Having been found innocent before, I expected better from the Italian justice system,” the former US student said in a statement from her home in Seattle.

“The evidence and accusatory theory do not justify a verdict of guilt beyond a reasonable doubt… There has always been a marked lack of evidence. My family and I have suffered greatly from this wrongful persecution.”

Knox reacted after a Florence court sentenced her to 28 years and six months in prison, reinstating her conviction in the latest dramatic twist in the high-profile case.

“This has gotten out of hand. Most troubling is that it was entirely preventable,” she said in the statement sent by spokesman David Marriott.

Knox lashed out at an “overzealous and intransigent prosecution, prejudiced and narrow-minded investigation, unwillingness to admit mistake (and) reliance on unreliable testimony and evidence.”

“Clearly, a wrongful conviction is horrific for the wrongfully accused, but it is also terribly bad for the victim, their surviving family and society,” Knox said.

“First and foremost, it must be recognized that there is no consolation for the Kercher family. Their grief over Meredith’s terrible murder will follow them forever. They deserve respect and support.”