MANILA, Philippines – The Bangsamoro basic law should be passed within the year, at least, to enable President Benigno Aquino III to implement it before his term ends, a lawmaker said Thursday. 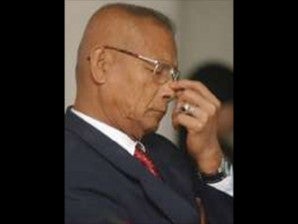 Muntinlupa City Representative Rodolfo Biazon noted that this is to allow the Bangsamoro Transition Authority (BTA) formed under the peace annex to implement the transition of the Bangsamoro to a ministerial form of government.

According to the annex on transition, the BTA shall set up the institutions and mechanisms to establish the ministerial government.

The BTA is under the supervision of the president, Biazon said.

“I would like to see that the BTA will have one to one and a half year in existence for the president to implement its supervision,” he said in a news forum.

He cited the experience in the 1996 Jakarta peace accord between the Philippine government and the Moro National Liberation Front (MNLF), signed near the end of President Fidel Ramos’ term.

“This should not happen,” said Biazon, who is also the chairperson of the national defense and security committee.

Biazon added that passing the law by 2016 is too late, noting that the law may be politicized ahead of the next elections.

Congress is rife with talks on crafting the Bangsamoro organic law that would create the Bangsamoro entity to replace the Autonomous Region in Muslim Mindanao.