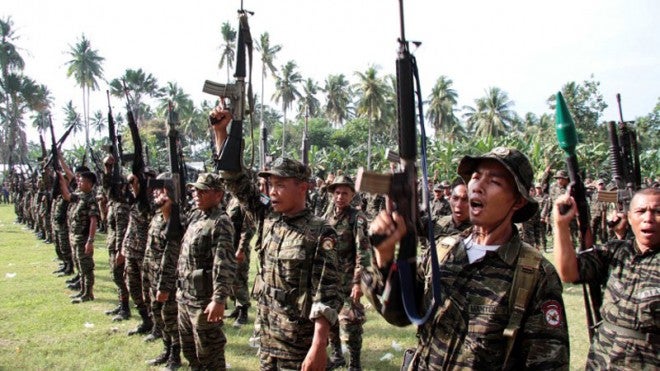 The “normalization annex,” as the pact is called, is the final component of a peace agreement expected to be formally signed soon.

“We have just been discussing the next steps and our goal is to be able to get a good schedule for that,” chief government negotiator Miriam Coronel-Ferrer said in Kuala Lumpur on Sunday.

“We have set a time frame of between February and March,” Ferrer said.

After a final deal is signed, the two sides will write a Bangsamoro basic law and submit it to Congress for approval. The basic law will create the Bangsamoro autonomous region.

President Aquino has promised to certify the Bangsamoro bill urgent when he submits it to Congress.

Iqbal, speaking in Kuala Lumpur, said the peace agreement was for all the Moro people.

“The Bangsamoro Transition Commission, of which I happen to chair, is tasked to look at the 1996 peace agreement and see the elements [there] that can be inputted in the Bangsamoro basic law that we are crafting,” Iqbal said.

Members of the MNLF were invited to join the Transition Commission but they declined, as it could run in conflict with the ongoing tripartite review of the Organic Law of the Autonomous Region in Muslim Mindanao (ARMM).

Sema told the Inquirer that the MNLF’s “silence on any impending agreement is not our choice but it is forced upon us, lest we are branded as spoilers.”

Sema cofounded the MNLF with Nur Misuari but the movement eventually split, with Sema now leading the Committee of 15.

Misuari, on the other hand, is now a fugitive, being hunted for instigating an attack on Zamboanga City last September. He claimed the government reneged on the 1996 peace agreement.

Sema’s group did not support the Zamboanga attack and urged its fighters not to join Misuari’s loyalists.

But Sema awaits the next tripartite meeting.

“After Zambo, no talks took place but consultations were made by the PCSP (Peace Committee in Southern Philippines) and the OIC (Organization of Islamic Cooperation). We have posted our preparedness to proceed with the meetings,” he said.

The PCSP is chaired by Indonesia, the third-party facilitator for the tripartite talks.

Iqbal said it was as if a huge weight was lifted off his shoulders after the final document that made up the peace pact between his group and the government was signed early Saturday evening.

“The burden upon my shoulders has substantially disappeared,” a smiling Iqbal told the Inquirer following the signing of the normalization annex.

The work is not done for both panels, which will continue to work on the implementation of the peace deal until an exit agreement is signed in 2016, they hope before the term of Aquino ends.

“Our focus now is the crafting of the basic law. We have to do that and time is running to finish the job on or before May this year,” Iqbal said.

After the draft law is enacted by Congress, a plebiscite will be held in in Central Mindanao to ask the people if they want to be included in the new Bangsamoro region.

Iqbal does not want to call Congress “the next battleground,” after facing the government on the battlefield with weapons and then moving on to the negotiating table to hammer out a peace agreement.

He said he would rather consider Congress “the next avenue of engagement.”

“The discussion was very cordial and friendly, and we promised them that from time to time we would reach out to them. We told them that we firmly believe that the collective wisdom of Congress would finally pass a good legislation for the Bangsamoro,” Iqbal said.—With a report from AP