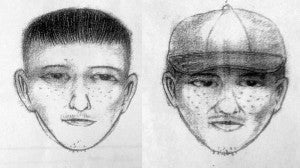 MANILA, Philippines—At least three persons, including a man identified by the police as an Army reserve officer, have been charged in connection with last December’s robbery at two jewelry shops the SM North Edsa mall in Quezon City.

Charged at the Quezon City prosecutors’ office for the December 16 robbery were Dexter Balane, a reserve Army captain, Dulie Jui-Esmola and Romeo Buluran.

The complaint was lodged by the Quezon City Police District’s Criminal Investigation and Detection Unit, which investigated the robbery.

QCPD director Chief Superintendent Richard Albano said the case was filed on Wednesday against the suspects, who were positively identified by two witnesses but remain at large. Their four accomplices have yet to be identified, Albano said.

A total of P1,465,155 in assorted jewelry was taken by the seven-man gang during the heist at the F and C Jewels and The Jeweller stalls at the SM North Edsa on the night of December 16.

In the complaint, Balane was identified by a female salesperson as someone who posed as a customer shopping for a ring and a bracelet. This same “customer” then scooped up the jewelry after two other men smashed the glass display cases with a hammer and a crowbar bought from a hardware store in the mall.

The ring and bracelet which the customer pretended to be interested in were among the stolen items, police said.

This same witness and another witness tagged Jui-Esmola and Buluran as the ones who smashed the glass display cases.

Screenshots of surveillance video from the mall management showed Balane, wearing a black jacket, with his arms crossed in front of his chest.

CIDU head Chief Inspector Rodelio Marcelo said they first got their leads on Balane’s possible involvement through sources in the intelligence community.

“The witness was shocked and even burst into tears when she was shown the photograph” of Balane, he added.