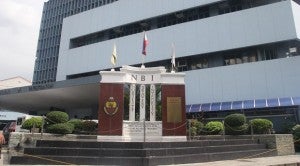 Fifteen thousand images of young children aged between 2 and 13 were among those seized by the National Bureau of Investigation from a child pornography operator that the bureau had arrested in Central Mindanao.

“These images came from one person alone and until now we continue to tag the children for recommendation to be under the care of the social welfare [department],” said Ronald Aguto, head of the NBI’s computer crime division.

He said the suspect, who was arrested in General Santos City last year, was out on bail while being tried on child abuse charges.

The images revealed the victims of child pornography to be mostly boys. They were shown smiling and appeared to be in a “playful mode.”

Acting for the camera

“The children said they were told it was just role-playing and to just act for the camera like their favorite stars, and they also received money afterward,” Aguto explained.

“The images clearly showed how exploited these children were,” he said.

According to Aguto, it was apparent from the interviews that were conducted with the parents of the children in the video that the parents had no knowledge of the “psychological damage to the children.”

“They do not know or think it can harm their children because there’s no physical contact and they are far from them. They also do not understand how the role-playing can inflict harm on their children,” he said.

Aguto said the images of the children were uploaded on various websites but he asked not to identify the websites so as not to encourage voyeurs to visit them.

Dante Bonoan, head of the NBI Antihuman Trafficking Division, said that among the obstacles they encountered in the fight against child pornography and human trafficking were “uncooperative” telecommunication companies.

“The telcos resist in sharing with us the IP addresses of suspected pornography sites unless we have a court order, which most of the time also takes time and can impact the time element of the operation,” Bonoan explained.

The two law enforcement officials admitted that cyberpornography was in the country but said it had not reached the level for it to be considered “big time.”

“It could be classified as a cottage industry run by relatives or people known to the victims,” they said.

“It’s organized in the sense that someone acts as financier, buys the hardware and receives the payments in their bank accounts, then shares the earnings equally,” Aguto said.

“Most of the time, it’s the parents who encourage and volunteer for their children because it’s easy money for all of them,” he said. With a report from Norman Bordadora