MANILA, Philippines — The Philippines is among the Top 10 countries producing pornographic materials on children and distributing these to western countries, the Philippine National Police said Friday.

Although the PNP did not identify the other countries on the list, it said those in Asia, particularly Cambodia and Thailand, were among the largest producers of “child abuse materials,” which includes pornographic videos, photos and online materials of children performing sexual acts.

Senior Superintendent Gilbert Sosa, PNP Anti-Cyber Crime Group chief, said in a press briefing that child pornography materials were produced, not only in Metro Manila, but also in other areas in Luzon and Mindanao.

An online map with data gathered by the PNP, Department of Social Welfare and Development and the British National Crime Agency’s Child Exploitation and Online Protection, hot spots had been marked – Angeles City in Pampanga, Cebu, Cagayan de Oro and Metro Manila.

Sosa said these areas would rake in “billions of dollars” producing and selling pornographic materials worldwide.

According to the PNP ACG chief, live streaming would usually cost around $100 per hour while a photo session per day costs P1,000.

“Actually, there is no fixed amount since pornographic sites usually ask for a monthly subscription or membership,” he said.

To boost its campaign against child pornography, Sosa said the PNP formed a task force that would eventually be a part of the Virtual Global Task Force that included the US, Britain and Australia. 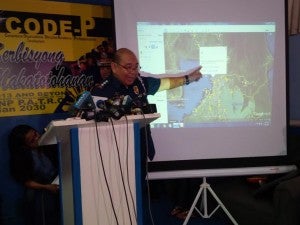 The PNP ACG, however, cannot quantify the profit generated from child pornography as well as the total number of victims since “the task force is still investigating the matter.”

“We are receiving not only from local sources but also from international sources. I think we are receiving 20 to 30 requests per month but sometimes one request covers multiple activities and target areas,” he said.

The Anti-Cyber Crime Group chief also said that child pornography sites could be accessed even in slum areas where high-speed Internet connections were made possible with prepaid broadbands.

“The indicator, houses in slum areas are close to each other and have Internet connections. With the advent of prepaid broadbands, they would opt to purchase one,” he said.

Sosa said that in a single location alone, an average of 31 video, live streaming or photo transmittals could occur.

Based on initial arrests, the PNP said that aside from offenders coming from poor households, there would also be arrests of “foreigners with Filipina wives” for operating sex dens.

Sosa noted that in Angeles City, most victims were young boys who have no idea that they were being sexually abused. The payment goes straight to their parents’ pockets.

“After the parents receive their payments, they would also be given computer supplies,” he detailed.

But the police official assured the public that some sex den owners and parents have been charged with violation of Republic Act 9208 or Human Trafficking and RA 9775 or child pornography.

“We have a lot of ongoing cases now. And when we file cases against the parents, we will turn over their children to DSWD [since the charges are non-bailable],” he said.

Read Next
Truck carrying 14,000 liters of oil falls on its side
EDITORS' PICK
PH logs 7,302 new COVID-19 cases — DOH
Taguig exceeds daily COVID-19 vaccination target of 6,800 individuals for 3 days
Robredo urges supporters: Don’t think we’re the only ones who are good
Alex Eala wins Grand Slam on Independence Day: ‘I hope I made my contribution to the country’
Ahead of ONE: Full Blast II, Mongkolpetch warns Elias Mahmoudi: ‘Watch out for my fists’
Kai Sotto continues to inspire Filipinos by sharing his passions and stories with Smart Prepaid
MOST READ
China cautions G7: ‘small’ groups don’t rule the world
PH to have cloudy, rainy Monday — Pagasa
Leni vs. Sara
Rare earth metals at the heart of China’s rivalry with US, Europe
Don't miss out on the latest news and information.