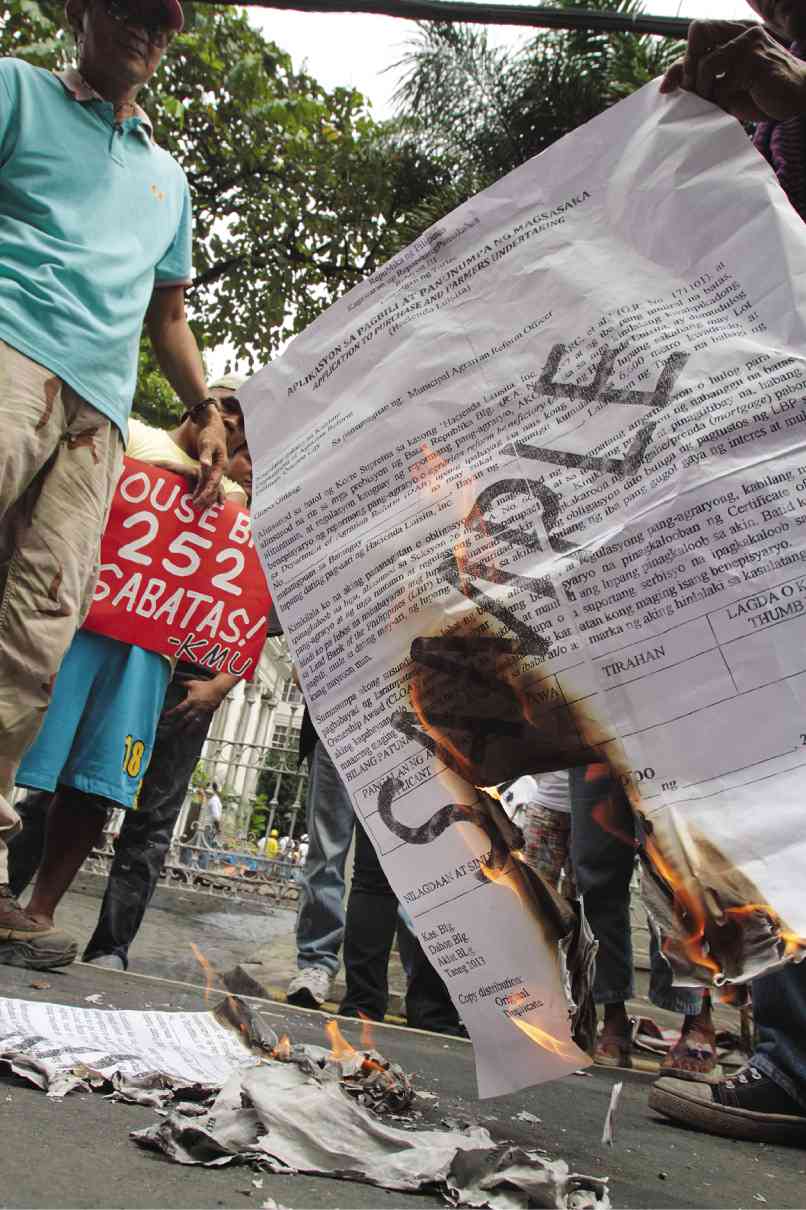 MANILA, Philippines—Farmers from Hacienda Luisita on Thursday asked the Supreme Court to cite in contempt the Department of Agrarian Reform for stating that it will only distribute 4,099 hectares to farmers instead of 4,335.60 hectares mentioned in the high court’s 2012 decision.

DAR, through the Office of the Solicitor General, stated in its report submitted to the high court that only 4,099 hectares is for distribution. They explained that they have arrived at the figure by excluding residential areas, canals, roads, firebreaks, cemetery, buffer zones, lagoons, fishponds, eroded areas and legal easements.

“Thus, clearly, the DAR was submitting a false report to the Honorable Court. For such act, it committed direct contempt of court and must be punished accordingly,” it further stated in its motion.

Also, AMBALA said Tarlac Development Company (TADECO) continued its bulldozing activities destroying plants and crops of the farmworkers. It has also deployed security guards to stop farmworkers from tending to their crops.

“All of those that transpired would not have happened if the DAR only performed its mandate to cover all other agricultural lands of the hacienda,” they said pointing that DAR should be made to answer for such infraction.

Former Chief Justice Renato Corona attributed the high court’s ruling on Hacienda Luisita as the reason behind his impeachment.

The vast sugarland is owned by the family of President Benigno Aquino III.

6,212 Hacienda Luisita farmers to get lots through raffle