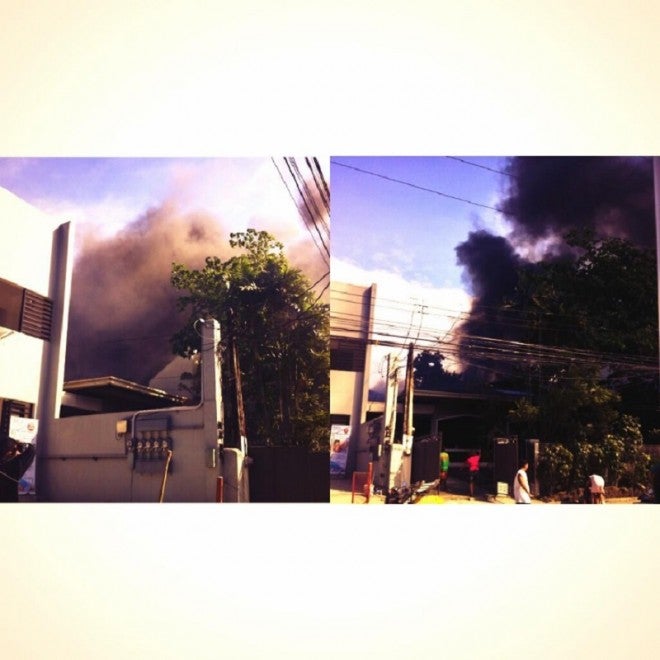 Photo taken on the fire scene by netizen @tgdseventh.

Quezon City Fire Department official said in a phone interview that at 3:25 p.m. the fire was eventually contained almost an hour after it broke out at 2:30 p.m.

No one was reported injured in the incident.

The QC fire official, who requested anonymity, said they have yet to find out the cause of fire as some of their personnel were still investigating the incident.